As Priscilla and I prepared for our wedding we received a considerable amount of advice and questions. The advice, even when not requested, was always appreciated. The questions were interesting. She was most asked if she was going to change her last name. I was most asked who’s going to handle the finances. We all bring into every relationship pre-conceived notions about the roles we should play. It’s difficult to stand outside those notions, but the effort often rewards us with fresh and astounding insight. 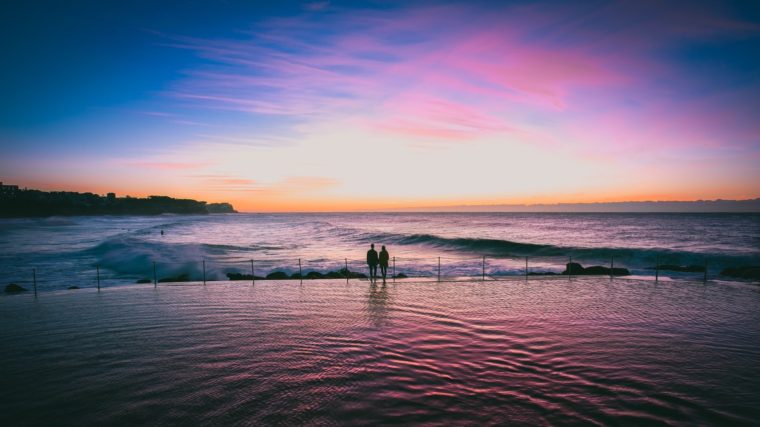 The second creation narrative is considered by most to be older than the first. [8]  Brueggemann calls it “a sophisticated, sustained, and intentional reflection on human destiny.” [9]  It also reveals much more about the male and female relationship than does the first creation account. [10]

In the second creation account, God created the male first through an intimate, hands-on process. God was no longer creating from a distance, out of nothing, with the simple power of speech, but rather touched his creation, crafting from existing materials.

In addition, the first account used the generic term for the verb, “to create” (bara). In contrast, the second account used the verb associated with the work of the potter, “to fashion” (yatsar).

Robert Alter summarizes the differences: “Whatever the disparate historical origins of the two accounts, the redaction gives us first a harmonious cosmic overview of creation and then a plunge into the technological nitty-gritty and moral ambiguities of human origins.” [11]

God formed man from the dust of the earth and breathed life into the clay form. The narrator used a play on words with “man” (a-dahm) and “earth” (a-damah).

Once created, the man was placed in a garden created for him. The garden was described as the ideal habitat for the near-eastern agriculturalist. [12]  There was an endless stream of water with plant life growing effortlessly. The work involved in caring for the Garden was undemanding.

We are told nothing more about either tree. Interestingly, the tree of life which played a central role in most other near eastern creation accounts was given minimal attention here. In addition, death, such an important issue in most cosmologies, was not a central factor in the Hebrew account. [13]

For the first time in either narrative, God recognized something about his creation that was not good. It was not good for the man to be alone. God decided to make a suitable helper for the man.

All the animals were brought before the man in order for him to name them. Some suggest that as the man was naming the animal kingdom he was simultaneously searching for a suitable partner and found none.

However, this does not seem to be the narrator’s reason for including this scene since God decided to create the human partner before the naming began. Therefore, the comment in Genesis 2:20 that no suitable helper was found does not necessarily have any connection to the naming of the animals. [14]

God caused the male to fall into a deep sleep, took a rib from his side, and from the rib built the female. God brought the female to the man. When he awoke from his sleep, he saw the female and immediately recognized her as the “helper suitable” for him. He expressed his joy with a poetic song. In the poem, he named both her and himself.

Here again, the narrator used a play on words with “man” (ish) and “woman” (issha). Their new names announced that they came from the same source and were made of the same materials.

God, the potter, shaped the man from a lump of clay. He then took a little piece of that same lump of clay (rib), and from it built the woman.

The rest of the narrative paints a portrait of the male-female relationship. It is a relationship of equality, mutuality, and interdependence.

As the lights dim on the scene of Genesis 2, there is a peaceful beauty in the picture of the man and woman, naked in each other’s arms, unashamed, undisturbed, and unspoiled by the world around them.

Sarna interprets Genesis 2:25 thusly: “So long as the harmony with God remained undisturbed, the pristine innocence and dignity of sexuality was not despoiled.” [15]

Thus, the second creation account ends in much the same state of bliss found at the conclusion of the first creation account. Everything was good with the world. However, the bliss would not last long.

Before moving on to the next scene in Genesis three, a few relevant comments on the second creation account are in order:

1. The man was created first. Although I will show that this in no way indicates hierarchy, it is the first wisp of a potential patriarchal perspective to the text. The story seems to swirl around the needs of the man.

2. The man was commanded not to eat from a certain tree in the garden. This serves to set up the confrontation in Genesis three.

3. It was not good that the man was alone. This was a significant moment in the narrative in that it creates the tension important to any good story. It was the first time something in Eden was deemed “not good,” and serves to move the story forward in search of resolution.

4. God recognized that the man needed help (a helper). Identifying the problem is the first step in finding a solution and serves to guide the narrative one step closer to resolution. It is important for our discussion in that much seems to ride on the Hebrew phrase “suitable helper.”

5. The woman was created from the man. Because every man is born from a woman, this served as a corrective to other ancient belief systems that worshipped female fertility deities. Glorifying female reproductive abilities missed the point of creation, namely that God is the creator of all things.

6. The man and woman became one flesh. There is an incongruence in the description of the nascent male-female relationship.

The male is to “cling” (daw-bak) to his wife, which expresses the idea of two distinct entities becoming attached to each other while preserving their separate identities. At the same moment, they became “one flesh,” which carries the connotation of two entities melding indistinguishably to make a third.

Sarna notes that the verb, “to cling” (daw-bak), “is often used to describe human yearning for and devotion to God.” He concludes that “sexual relations between husband and wife do not rise above the level of animality unless they be informed by and imbued with spiritual, emotional, and mental affinity.” [17]

Therefore, this is an allusion to the interdependence of the male-female relationship.

7. The man and woman were naked and knew no shame. The narrator highlights the mutuality and innocence of the relationship.

In light of what follows, it becomes obvious that this is the male-female relationship before it is spoiled by sin. In fact, this final scene serves to draw a contrast with the ruination of the relationship by sin, symbolized by the man and woman covering up their nakedness in the next scene (Gen. 3:7).

Like the first creation account, the second says nothing explicitly about male or female roles. Surprisingly, it doesn’t even comment on the physiological roles of men and women. There is nothing specific about the reproductive system or sexual roles, not to mention roles in society or the home.

Typical of the Biblical writers the description is sparse.

Of course, the narrator assumes the listeners bring an a priori understanding to the story. He feels no need to explain details about how humans reproduce, how men and women relate on a daily basis, or what their roles are in society.

However, we must be careful about reading more into the text than is necessary. Our assumptions should be only those necessary to understand the underlying principle of the story and should remain open to rigorous critical analysis.

Brueggemann aptly points out the underlying principle of the second creation narrative: “The destiny of the human creation is to live in God’s world, with God’s other creatures, on God’s terms.” [18]

In my next blog post, I will tackle the monumental moment in human history — The Fall of Humankind — described in Genesis, chapter three. The ramifications of this chapter play an important role in understanding the male-female relationship in our world.

If you are already formulating ideas about what chapter two reveals about male over female hierarchy — objections to my interpretation, so far, such as — “But the man was created first!” or “The man named the woman!” or “The woman was created to be the man’s helper!” — rest assured I will address all of those questions when I address the six major arguments hierarchist scholars make from the creation and fall narratives.

For now — thanks for reading!

8. The second creation account is commonly associated with the Yahweh Source Document (J), which was thought to be codified during the period of King Solomon, although it was formed from a much older oral tradition.

14. Some scholars point to the intrusive nature of this scene, in the natural flow of the narrative from Genesis 2:18 to Genesis 2:21.25 The intervening verses (Gen. 2:19-20), describing the creation of the animal kingdom and their subsequent naming, are out of chronological order in the narrative. In the first creation account, the animal kingdom was created before mankind, both male and female. In addition, absent this section the narrative flows more smoothly. The sole purpose of its inclusion here seems to be to show the fulfillment of God’s command for humankind to exercise dominion over creation (Gen. 1:28).