Most Southern Baptists have heard by now that Beth Moore has officially left the denomination. Some, including Ed Stetzer, a Southern Baptist pastor and executive director of the Wheaton College Billy Graham Center, and J.D. Greear, current Southern Baptist Convention President, have called on denominational leaders to have some hard conversations and do some serious soul searching. Ignoring their pleas will seal our own demise. 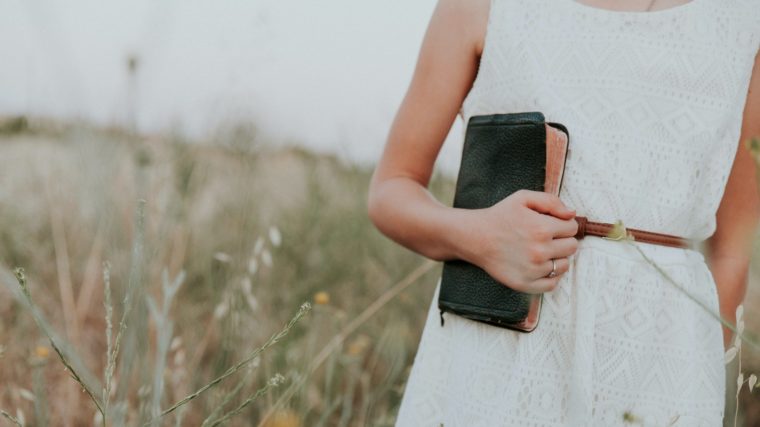 Come, see a man who told me everything I ever did. Could this be the Messiah?” — An unnamed Samaritan woman proclaiming to her village (John 4:29).

The Beth Moore story is filled with tragedy.

Let me be clear: Beth Moore leaving is not tragic. No one person is irreplaceable, and her life and ministry will go on. However, her stated reasons for leaving — rampant Christian nationalism, racism, and sexism — are tragic.

She was ostracized for speaking in favor of the “#metoo movement,” excoriated for speaking out against former president Donald Trump, and called a heretic for “preaching” a Mother’s Day sermon at her son-in-law’s church.

One pastor called her preaching “narcissistic” and another very prominent pastor advised her to stop preaching and just “go home.”

Those who scream the loudest about “cancel culture” just canceled one of their own brightest and best voices. That is not only ironic, it’s tragic.

My Life as a Southern Baptist

Southern Baptists have also been good to me, nurturing my early Christian education, investing in my post-graduate studies, and funding my formation as a pastor.

Over the last thirty years, I have had the privilege of leading three amazing Southern Baptist churches filled with some of the most loving Christians I have ever known.

I love what Southern Baptists have stood for throughout the years. The Southern Baptist recipe, as Bill Pinson calls it, is a delicious concoction of beliefs and values.

Those pieces of our Baptist legacy that we have all studied and cherished as formative values in the practice of our faith, like soul competency, the priesthood of every believer, religious freedom (and its soulmate, the separation of church and state), voluntary cooperation based on missionary zeal, church autonomy (and one of its essential benefactors, non-creedalism), stand like great communication links towering over the landscape of Baptist life. They connect us and benefit us even before we’re able to name them.

Our conservative biblicism combined with our love for religious freedom, our penchant for autonomous thought and practice combined with our passion for cooperation, our disdain for hierarchical governance combined with our respect for accountability through congregational leadership, our theological center of grace and grace alone combined with our innate suspicion of anything that smacks of legalism or creedalism—all combines to make us especially adept for the challenges of the next century.

And it’s all slowly disappearing before my eyes. That’s why I insist that the Beth Moore story is tragic.

A Long and Winding Road

The church I currently pastor, First Baptist Richardson, is a great church that I love with all my heart. Beth Moore leaving doesn’t change that. Nothing will ever change that.

In fact, Beth Moore leaving the SBC will not, in and of itself, change anything. The SBC will survive her departure, as it will survive the exit of a number of great Black pastors in recent months over race issues. What it will not survive is the stubborn tone-deafness and loss of core values those exoduses represent.

Even so, Beth Moore leaving us hurt because it’s personal.

I was raised by a strong woman; a natural-born leader. After twenty-five years of being a stay-at-home mom, she embarked on a career in politics.

In 1986, my Mom was the first Hispanic, and only the second woman, ever elected to the Pasadena Independent School Board, in what was then its fifty-year history. She served for almost thirty years, never once losing an election.

I witnessed a few men condescend to her, thinking her gender and petite, four-foot-eleven frame signaled weakness. They never made that mistake twice. I saw her stand her ground against many male opponents when it came to issues important to the education of the kids. For her, it was always about the kids.

Fast-forward twenty years. It’s 2006 and I’m driving home from church. From the back seat of the car my daughter, in her sweet seven-year-old voice said, “Daddy, can I be a preacher like you?”

The question startled me, coming from left field as it did. I asked her, “Why do you want to know?” She said, “That girl today in church. She was preaching.”

I furrowed my brows searching for what she could possibly be talking about. No woman had ever preached from the pulpit of Calvary Baptist in McAllen. I’d been the pastor for six years and except for the choir and orchestra, few women had even been on the platform.

And then it hit me.

A group of our young adults had returned from a Spring Break mission trip. They took turns that morning sharing their experience from the pulpit. One of them was a young lady who when it came her turn announced that a particular Scripture passage had meant a lot to her, so she opened her Bible, read the text, and then started talking about it … just like I do every Sunday.

And my precious little girl was sitting wide-eyed in her pew, thinking for the first time in her life something that to her had seemed impossible up to that point simply because she had never before seen it.

I choked back the tears of my realization and said, “Sure baby girl. You can do anything God calls you to do.”

My wife gave me a knowing glance because even as I said it, we both knew it was practically impossible in the denomination I love with all my heart.

I tell you that story and the one about my Mom because they serve as a framework for my own long and winding road with women in ministry.

In 2019, Moore posted a tweet suggesting she would be preaching in a church on Mother’s Day — although she didn’t use the word “preach” — setting off an uproar in SBC life about whether women should be permitted to preach.

She said she watched in amazement as that conversation immediately overtook another, more important conversation.

“We were in the middle of the biggest sexual abuse scandal that has ever hit our denomination,” Moore told Religion News Service. “And suddenly, the most important thing to talk about was whether or not a woman could stand at the pulpit and give a message.”

She said that she felt increasingly unwelcome in the church after that. The truth is, she was unwelcome.

I told you, this story is filled with tragedy.

I’m now entering the twilight years of my life in ministry. I long ago stopped caring about denominational advancement and reputation. I have loved the churches I have served with all my heart and will do so to my last dying breath.

Although, as a natural introvert, I have always had a love-hate relationship with preaching, I will probably never stop doing it.

I will probably die a Southern Baptist.

I have invested too many years, too many sleepless nights, and too many hours of study to leave it now. Not to mention, some of the finest people I know proudly call themselves, Southern Baptist, and I don’t want to leave their company.

The prominent aforementioned preacher who advised Beth to “go home,” is John MacArthur. He is not a Southern Baptist but has a considerable following among Southern Baptists. The occasion for his comment was a panel discussion with other prominent preachers at “The Truth Matters Conference.”

MacArthur went on to say, “There is no case that can be made biblically for a woman preacher – period, paragraph, end of discussion.” The crowd roared with applause. Many, if not most Southern Baptists would say, “Amen.”

I respectfully disagree with Dr. MacArthur. I do so with no small amount of fear and trembling, not only because MacArthur is a giant in Baptist life, with a well-earned following of millions, but also because I recognize that I am a distinct minority in my Southern Baptist world (seems to be the story of my life).

However, when MacArthur, and others like him, claim that “there is no case that can be made biblically for a woman preacher,” they are demonstrably wrong.

Over the next few months and several dozen blog posts, I will demonstrate it using the language Southern Baptists speak best — Biblical.

Read. Don’t Read. Agree. Disagree. It matters not to me. The process will probably end up being more catharsis than anything else.

I have no illusions that my tiny voice will make much of a difference in the gigantic Southern Baptist Convention. But, it will make a difference for me.

I dedicate my feeble efforts to my Mom who showed me what a true woman of faith looks like in the public square.

And, I write it for my daughter, and all the little girls sitting in the pew for whom the Word is in their hearts like a fire, shut up in their bones, weary of holding it in, wondering if they could ever be deemed “good enough” to preach.