My granddaughter told me that her Barbie dollhouse has a place to park a vehicle and that her Barbie needs a vehicle. I didn’t catch the hint because I was distracted by the fact that at the age of six, she used the word, “vehicle,” instead of “car.” She’s growing up and I don’t like it. Most change is slow and natural, giving us time to adjust (if we’re paying attention), but sometimes a change happens so quickly and is so stark that it shakes us to the core. 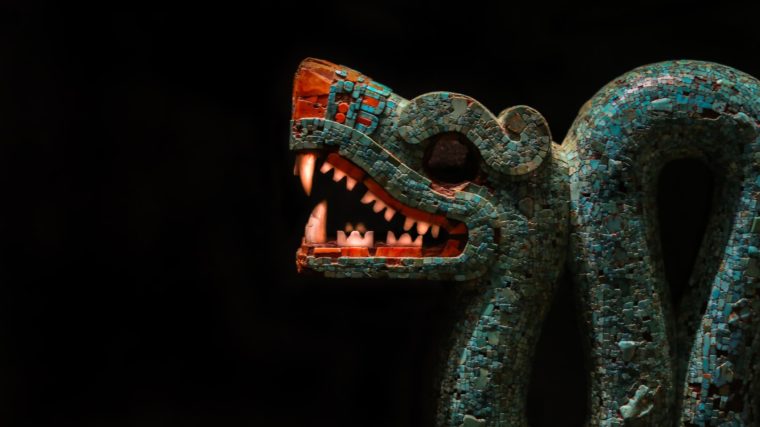 The Fall of Humankind

Think about the worse possible change that could hit you right now. Something so awful that it rocks your world. Now, multiply it by a million and that’s what you have in The Fall of Humankind. It rocked the universe and changed everything.

In fact, the final verse of chapter two serves as a transition to chapter three by means of a wordplay. The Hebrew words for “naked” (Gen. 2:25) and “shrewd” (Gen. 3:1) are “arummim” and “arum,” respectively. [33] The wordplay bridges the gap from creation to fall providing a seamless narrative voice.

The beautiful moment of equality, mutuality, and interdependence portrayed at the end of Chapter two was not lasting.

Perhaps the greatest indication of an absence of hierarchy in the male-female pre-fall relationship is the negative turn the narrative takes in chapter three toward hierarchy. As chapter two ends with peace and tranquility, chapter three opens with tension and trouble.

The woman was approached by the serpent. She made the decision to eat the forbidden fruit and gave it also to the man who it seems was present all along.

Regardless, the essential point of the narrative is that both the man and woman decided to disobey God and eat from the forbidden tree.

Immediately, the man and woman became aware of their sin. They reacted simultaneously by (1) sewing a covering for their bodies (in contrast to Gen. 2:25); and, (2) hiding from God.

God is described, once again in anthropomorphic terms, as walking through the garden looking for the man and woman. What follows is a beautiful and somewhat poetic dance of a conversation between God and the man and woman.

God called out to the man. The man answered and informed God only that he was hiding because he was naked. God asked the man how he knew he was naked. Anticipating the answer, God also asked if the man had eaten from the forbidden tree. Presumably, this was the only way the man could have become aware of his nakedness.

The Consequences of the Fall

What follows is a monologue as God described the consequences of the disobedience of humankind. These were not punishments, but rather the natural consequences of separation from God. [34]

Each consequence was described by God and addressed to each of the responsible parties. There was a single consequence for each party, as well as each relationship.

The narrative follows a chiasmus pattern and can be divided as follows:

Notice the chiasmus pattern as follows: [35]

The work of animals was to walk the earth and eat from the ground. The serpent’s work was made more difficult in that he would have to crawl everywhere he went, eating dust as he crawled.

The work of the woman was to bear children. Her work became more difficult in that she would experience increased pain in childbirth.

The work of the man was to plant and harvest. His work became more painful in that the ground became demanding.

The other set of consequences had to do with interpersonal relationships. The relationships became fraught with enmity. There was a power struggle in each relationship that was absent before the Fall.

The serpent and the woman were in a battle that extended to their progeny. The serpent would fight to destroy the woman, but the woman would eventually overcome and rule over him.

This hierarchy of the woman over the serpent was symbolized in the serpent’s progeny striking the heel, and her progeny (singular) crushing the serpent’s head.

This is the first time in the creation narrative that anything resembling authority or rule is explicitly mentioned with respect to the male-female relationship. It is also the first time that the man and woman are addressed as husband and wife, signifying specific roles.

The husband’s rule over his wife was then immediately affirmed with the symbolic act of his naming her “Eve,” which I will argue was her proper name and the only time he actually named her in order to signify rule over her.

God also addressed the change in the relationship between man and the earth (ground). The ground from which he was created would eventually swallow him up in death. Mankind would now spend his life in desperate avoidance of the swallowing effect of the ground.

Finally, the narrator explained the consequences for the relationship between the man and woman, and God.

In an act of grace, God provided clothing for the man and woman. He barred their access to the tree of life and banished them from the garden, symbolizing a certain separation from God.

Insights from the Story of the Fall

The narrative of the Fall of humankind provides even more insight into the male-female relationship. The following insights should be kept in mind:

The debate surrounding the potential limitations of women in ministry finds its foundation in the idea that male hierarchy, and therefore distinct male-female roles, existed before the Fall of humankind.

This would mean that male leadership is ontological, and the effect of sin was only to warp or intensify what God had already built into creation. This idea is absolutely essential to the argument of the hierarchists. [36]

Thomas R. Schreiner explains: “If Adam and Eve possessed different roles before the Fall, then the distinct roles of men and women are not the result of sin. They stem from God’s intention in creation, and everything that God created is good. Male leadership is not the result of the Fall, but it is God’s good and perfect will for man and woman.” [37]

Schreiner’s conclusion, notwithstanding, his logic is sound and deserves analysis.

Therefore, my next blog post will begin to address the six proofs raised by Schreiner and others in favor of pre-Fall male hierarchy. [38]

35. In various forms of communication, chiastic structure is utilized in everything from a simple phrase to the ordering of complex thematic ideas. Derived from the Greek letter chi, which looks like the letter X, a chiasmus allows ideas to crisscross in their delivery.

For example, in his famous inaugural speech, John F. Kennedy told Americans to, “ask not what your country can do for you, ask what you can do for your country.” This is the prime example of chiasmus in its simplest form. If we were to assign a letter to each similar idea in Kennedy’s speech, we could diagram this phrase as follows:

A. Ask not what your country

B. Can do for you

B. Ask what you can do

A. For your country

The chiasmus here is:

In the Bible, chiasmus was intentionally employed by both writers and speakers because it not only helped emphasize and reiterate key ideas, but also because its lyrical patterns made it easier for people to understand, absorb, and most importantly, memorize. Considering that most of the early Bible was spoken, or even sung, the way language and ideas were presented in oral cultures was extremely important so that the story or idea would get passed from generation to generation in its original form.