As a professional communicator, I’ve spent decades perfecting my craft and still fall short on a regular basis. It never ceases to amaze me that I can compose my message as clearly as possible and still encounter those who misunderstand. That’s because everyone listens and reads, through unique cultural lenses. Culture impacts every line of the Bible. Culture also impacts every interpreter. Neither the inspired writer nor the interpreter is able to escape his or her culture. Therefore, every text and every interpretation is colored by culture. This is certainly true of the Apostle Paul. 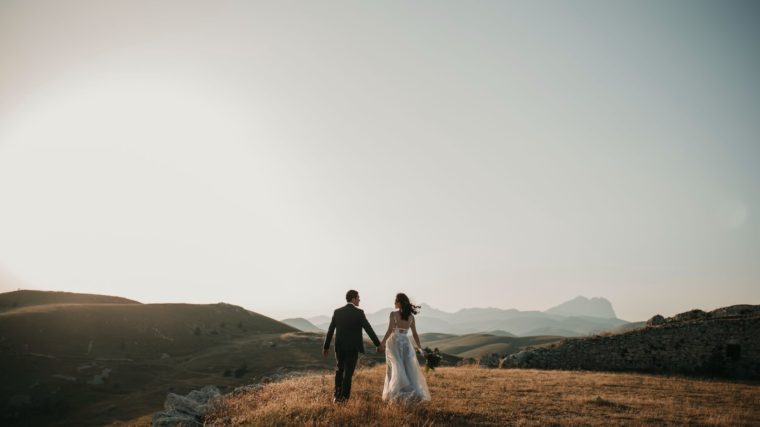 There was a Jewish influence in Corinth insisting that all women (even the Greek women) should conform to the Jewish tradition of a head covering.

There was, however, a Greek influence fighting against it, and even insisting that there was nothing wrong with women wearing their hair down.

In verse 2 Paul praised the Corinthian Christians for trying to maintain his instructions.

In verse 3, Paul went on to explain (for the benefit of the Greeks) that there should always be a distinction between men and women.

But, I want you to understand something – there is a big difference between men and women, in case you haven’t noticed! Christ is the “head” of every man. In marriage, however, the husband is the “head” of his wife. But, of course, in all things God is the “head” of Christ [v.3], (see also Eph.5:21-23).

Paul then tried to explain to the Greeks the basis for the idea of covering the head. As it turns out, it is based on the distinction between men and women, as personified in their hairstyle.

Here he built a case for a strong symbolic connection between hair and head covering.

So, every man who prays or prophesies with his head covered dishonors his “head” (who is Christ). And every wife who prays or prophecies with her head uncovered dishonors her “head” (who is her husband) – it’s the same as if her head were shaven (which would be horrible – it would be a complete disgrace to her husband, and she wouldn’t even be allowed to go out in public that way). [v.4-5].

Paul then led the Greeks to the logical and practical ramifications of what he was saying:

So, if a wife will not cover her head (with her hair up on top), then what good is her long hair? She might as well cut her hair short, which of course, would also be a complete disgrace, and is totally unacceptable. So then, let her cover her head with long hair up on top, not let loose hanging down (which is the way the prostitutes and pagan temple priests wear it). In this way she “covers” (with her hair) her “head” (which is her husband) [v.6].

So then, in worship, it stands to reason that a man should not cover his head, for his “head” is Christ, which is the glory of God. If he covers his “head” he is covering Christ. So let his head show in worship! That’s why a man should have short hair. But a wife’s “head” is her husband. Did you come to worship to bring glory to the husband? No! God forbid! Worship is to bring glory to God. That’s why the wife should have her head covered with her long hair piled on top. That way all the glory goes to God, not her husband! [v.7].

Paul then turned to address what the Jewish influence was trying to force on the Greeks. There are two ways to address this section (v.8-12).

Remember, he had received a first-hand report about the problems in Corinth from messengers of Chloe’s household (1 Cor. 1:11). In addition, he knew their arguments well, for he was once one of them.

And, I hear that they are telling you that the man was not made for the woman, but the woman was made for the man, to be his helper. So, they will try to convince you that this is the reason that a woman must wear a head covering and veil – because she is the subordinate to the man and should have a symbol of his authority over her.

This is all very typical of the way the Jews think. They will even try to scare you by telling you that the angels are watching and taking notes. [v.8-10].

He then refutes their argument.

The second way to deal with this section is to see Paul upholding the Jewish understanding of the husband-wife relationship (see also Ephesians 5:21-33) in verses 8-10 and in verses 11-12, offering a corrective for those who would try to apply that concept of submission to all male-female relationships.

Now, let me explain why we Jews do it this way. The wife wears the traditional Jewish head covering because, in creation, the man did not come from the woman, but the woman came from the man.

And, in that same creation story, the man was not made for the woman, but the woman was made for the man, to be his helper. So, this is the reason that a wife wears a head covering and veil – it symbolizes her relationship with her husband as her head or source.

I want to remind you that the guardian angels are watching all we do. [v.8-10].

He then offers the corrective in verses 11-12.

The second option is more likely in that it has fewer grammatical problems. [321]

Paul then appeals to both nature and practice.

So, judge for yourselves between what they are saying and what I am saying (which is what I taught you while I was there). Is it proper for a wife to pray to God without a traditional Jewish head covering and veil? Think about it! Doesn’t nature tell you that a man has short hair and a woman long hair for a reason? So that if a man wears long hair it is a disgrace for him (because he is covering up his “head” which represents Christ), and if a woman wears short hair it is a disgrace for her (because her hair is given to her for a covering). Don’t you see? The woman doesn’t have to wear a traditional Jewish head covering in worship because God has already given her a natural head covering – her long hair!! [v.13-15].

Now, if they keep insisting that you must wear a traditional Jewish head covering with veil, you tell them that I said that there’s no such practice in any of the churches that I have started all over the Gentile world. This is the way we do it – The men have short hair, and the women wear their long hair up in a braid, and this serves as their head covering. As long as the braid is not fancy with jewels, then it’s fine. That’s all the head covering they need in order to pray and prophesy. [322] [v.16].

This paraphrased version follows the text with the following assumptions:

1. Paul is against forcing the Greek women to wear veils or head coverings.

2. Paul is fighting against a Judaizing influence in Corinth that wants all the women to wear head coverings.

3. Paul is also fighting against a Greek influence that wants all women to be able to wear their hair any way they want, even to the point of blurring the gender distinctions.

4. In the first option, Paul, in 1 Corinthians 11:8-10, is presenting the argument of the Judaizing faction that he is fighting against, in order to refute their claims, in verses 11-12.

5. In the second option, Paul, in 1 Corinthians 11:8-10, is upholding the traditional Jewish view of the husband-wife relationship, and in verses 11-12, is offering a corrective for those who would apply it to all men and women.

In conclusion, Paul approves of women praying and prophesying in worship and rejects the mandate for all women to wear the traditional Jewish head covering.

Nowhere in this text does Paul explicitly advocate for the subordination of the woman to the man, nor does he limit the role of women in the church.

On the contrary, he welcomes their participation in the important work of prophecy and prayer, if they do it in such a way that does not offend the cultural and traditional sensibilities of those in attendance.

He is especially concerned with potential offenses to the husband-wife relationship in the household churches, and the maintaining of gender distinctions.

Women participating in worship in such a demonstrative way would have been very odd for the Jewish traditionalists. Paul does not yield to their attempts to force the women to dress a certain way, but at the same time, doesn’t want to offend unnecessarily.

In my next blog article, I will examine how Paul used the term kephale, usually translated as “head,” and show that he did not use it to place limits on women in the life of the church.

320. See Women in Ministry, Volume Twenty-Three for the biblical and sociological foundation of these assumptions.

322. No matter which approach is taken, Paul was only arguing for a head covering in order to maintain order and unity. He was in no way limiting what the women could do in worship, only the manner in which they did it. See Bruce W. Winter, “Roman Wives, Roman Widows: The Appearance of New Women and the Pauline Communities,” (William B. Eerdmann Publishing, 2003) for the problem of extravagant hairstyles. See also 1 Peter 3:3-4; 1 Timothy 2:9.