Words change meaning over time. In Old English, “pretty” meant “crafty and cunning.” A century ago, “nice,” meant “naive or ignorant.” And as recent as when I was a kid “gay,” meant “happy and carefree.” So, two thousand years ago, when Paul used the word “head,” what did it mean? It’s quite possible that it didn’t mean what you think it meant. 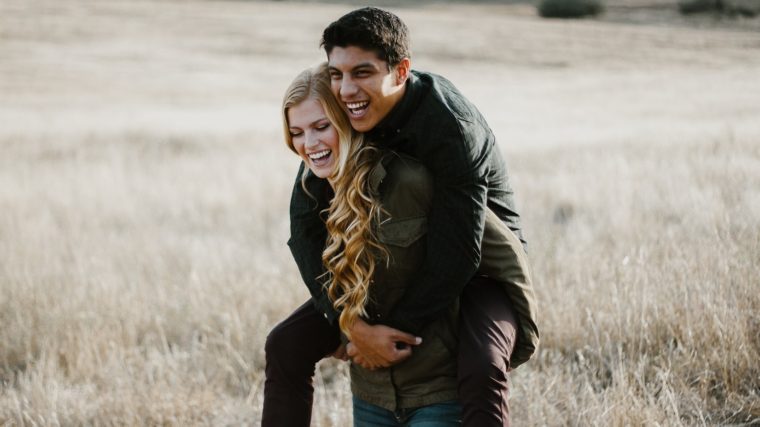 What Does “Head” Mean?

Another important issue in our debate surrounds the meaning of the Greek word kephale, usually translated “head.” What did Paul mean when he used this word and does it signal functional limitations for women in ministry?

In most cases, kephale means the literal, physical “head.” It is also used as a euphemism, for one of several concepts. Depending on the context, kephale can mean “chief” (which connotes a type of authority), “leader,” “primary,” “beginning, or “source.” [323]

Wayne Grudem makes a strong case for “leader,” or “authority over.” [324] Richard Cervin rebuts Grudem’s claims, and makes the case for “source.” [325] Grudem responds one by one, to each of Cervin’s critiques. [326]

Fitzmeyer offers a more irenic study in which he finds weaknesses in both Grudem and Cervin.

Unlike Grudem, he admits the possibility that kephale could mean “source.” Although kephale, when used metaphorically, is often used to mean “chief,” or “leader,” ultimately, context dictates the meaning. [327]

In the present context (1 Cor. 11) Fitzmeyer sees “chief,” or “leader,” (which implies authority) as the more likely rendering. Fitzmeyer shows that the traditional reading from the earliest interpreters overwhelmingly favors kephale to mean “chief,” or “one having authority over.” [328]

Gordon Fee, however, makes a strong case against both Fitzmeyer and Grudem. He points to an earlier work by S. Bedale and concludes that “the metaphorical use of kephale (“head”) to mean “chief,” or “the person of the highest rank” is rare in Greek literature. [329]

It is quite possible that the word kephale in First Corinthians 11 carries both meanings. Since Paul appealed to creation in this text, the context seems to favor the idea of “source.” Man is the source of woman, Christ the source of man, and God the source of Christ seems more fitting than “authority.”

Here I would appeal to Ephesians 5:21-33, where Paul gave us his most detailed analysis of a household code.

The Ephesian household code is extremely relevant to 1 Corinthians 11 because (a) Paul used much of the same language, and (b) Paul was dealing with household churches, where household codes and public worship practices would both be enforced and possibly collide.

In the Ephesian household code, Paul clearly spoke of authority and leadership. When he called for the wife, in relationship to her husband, to imitate the church in its posture toward Christ, Paul used the word hupotasso, which means “to arrange under, or to subordinate.” [330]

In Ephesians 5 Paul also used the same word, kephale, to describe the husband’s relationship to his wife. Since Paul, in Ephesians 5, like 1 Corinthians 11, appealed to creation, kephale most likely carries the connotation of “source;” but in context, could also connote “leader.”

The context in Ephesians 5 is clear. It is a household code, and therefore, anyar and gyne should be translated as “husband,” and “wife,” respectively.

Therefore, in 1 Corinthians 11, Paul was not saying that all women must submit to all men. He was saying that wives were to submit to their husbands (just as he stated in Ephesians 5; see also footnote at [336], where I note that Paul called all “Christians,” male and female to submit to each other.).

Therefore, a rendering of 1 Corinthians 11:3-6 that is more contextually fitting would be as follows:

Now I want you to realize that the head of every [husband] is Christ, and the head of the [wife] is [her husband], and the head of Christ is God. Every [husband] who prays or prophesies with his head covered dishonors his head (who is Christ). And every [wife] who prays or prophesies with her head uncovered dishonors her head (who is her husband) — it is just as though her head were shaved. If a [wife] does not cover her head, she should have her hair cut off; and if it is a disgrace for a [wife] to have her hair cut or shaved off, she should cover her head.

This interpretation makes more sense based on what we know about the ancient practices of head covering.

The woman covering her head was a sign of her respect for her husband. If she went out in public with her head uncovered she brought shame upon her husband, and her husband, by law, had the right to divorce her. [331]

If a woman left her home with her head uncovered, she did not dishonor the man who lived four houses down from her – she dishonored her own husband. Therefore, the idea of honoring and dishonoring based on head covering best fits the context of marriage.

Not coincidentally, the idea of “source” was also strongly tied to marriage. The man being the source of the woman was understood to come from the creation of the marriage relationship and the idea of being “one flesh” (which Paul alludes to both in Ephesians 5 and 1 Corinthians 11). [332]

Our understanding of the Trinity, also has ramifications on the meaning of kephale.

Paul said that “the head (kephale) of Christ is God” (1 Cor. 11:3). Theologians argue that if the word kephale means “chief” or “one who has authority over,” then Paul is saying that God, the Father has authority over God, the Son, and therefore, the ontological equality of the Trinity is destroyed.

Chrysostom, the great third-century theologian, was so disturbed by this possibility that he decided that kephale could not possibly mean “one who has authority over.” [333]

Others argue that the Son was functionally subordinate to God, the Father, but ontologically equal. They then make the same argument for the relationship between the man and woman – ontological equality, but functional inequality. [334]

This argument seems a bit contrived. It seems akin to the compromise of “separate but equal.”

Certainly, the incarnate Son of God (the “man,” Jesus) was subordinate to his heavenly Father. But that subordination was both voluntary and temporary (not to mention radical and revolting). [335]

Jesus emptying himself of his divine prerogatives, subordinating himself, not only to God the Father, but even to death on a cross, was not an original nor essential aspect of his relationship to the Father. It was made necessary by humanity’s sin.

Therefore, in terms of 1 Corinthians 11:3 and the concept of the Trinity, the better rendering of kephale is “source.”

In conclusion, 1 Corinthians 11:2-14 in no way limits the role of women in the church. Paul upheld his belief in the headship of the husband within the marriage relationship but did not extend this authority beyond the confines of marriage. [336]

Paul also upheld the clear teaching of Scripture on the important distinctions between men and women but gave no indication that those distinctions required a limitation on function for either the man or the woman (even within marriage).

Paul sought to honor the principle behind head covering for females, without forcing the Greek women to wear the traditional covering. His appeal was to nature and the idea that a woman’s long hair worn up in a braid, could act as a head covering.

God naturally provided each woman with everything she needs to distinguish her from the man and to allow her to pray and prophesy in worship.

Finally, Paul appealed to the established practice, indicating that in none of the churches in the Gentile world did they force all women to wear the traditional head covering.

In addition, Paul’s primary emphasis was that in all things there should be peace, unity, and order.

Kenneth Bailey offers this summary of what Paul was conveying in 1 Corinthians 11:1-22:

“Men and women have gifts they share together, and prophecy is among them (Acts 2:17-18). Those with these gifts should participate together in the leadership of worship. When doing so, do not dress in a manner that leads to misunderstanding or in any way detracts from the task of bringing the faithful into the presence of God. Both women and men are created in the image of God. Let the focus be on God, not on yourselves. In the Lord you are equal and mutually interdependent. Let the angels rejoice once again.” [337]

Short hair or long hair in contemporary culture is not the issue – the timeless principle at stake is to recognize the distinct nature of God’s creation between male and female, honor both, and maintain order and unity in worship while allowing everyone, both male and female, to take leadership.

The differentiation between the sexes that the head covering was meant to establish and that Scripture clearly teaches should in no way signal a limitation as to function.

Ontological equality, but functional inequality sounds suspiciously similar to “separate but equal.” It may appear to be a good compromise; however, those who have experienced it will testify that it is always “separate,” but never “equal.”

323. For discussions on the meaning of “head” see Gordon Fee, “The First Epistle to the Corinthians,” The New International Commentary on the New Testament, (William B. Eerdmans Publishing, 1987), p. 554. Also, S. Bedale, “The Meaning of Kephale in the Pauline Epistles, JTS 5, 1954; R. Scroggs, “Paul and the Eschatological Women: Revisited,” JAAR 42, 1974.

329. Gordon Fee, “The First Epistle to the Corinthians,” The New International Commentary on the New Testament, (William B. Eerdmans Publishing, 1987), p. 554. See also S. Bedale, “The Meaning of Kephale in the Pauline Epistles, JTS 5, 1954, who writes, “In normal Greek usage, classical or contemporary, kephale does not signify ‘head’ in the sense of ruler or chieftain, of a community.”

330. See Andrew T. Lincoln, Ephesians, Word Biblical Commentary, (Word Publishing, 1990), p.351. The word for “submit” is not found in verse 22 in the best Greek texts, but “was dependent for its sense on the participle in the previous verse” (verse 21). Therefore, verse 22, “Wives, submit to your husbands as to the Lord,” is dependent (for its verb) on verse 21, “Submit one to another in the fear of Christ.” The two verses are inextricably tied together.

335. Millard J. Erickson, Christian Theology, (Baker Book House Co., 1983), p. 338. “Each of the three persons of the Trinity has had, for a period of time, a particular function unique to himself. This is to be understood as a temporary role for the purpose of accomplishing a given end, not a change in his status or essence.”

336. An analysis of the Pauline teaching on marriage from Ephesians 5:21-33 is beyond the scope of this essay. However, the governing principle that introduces the Pauline household code is “Submit to one another out of reverence for Christ” (Eph. 5:21, emphasis mine). Paul taught a form of mutual submission for the marriage relationship that was unusual, if not unique, in First Century Judaism.