Less than a year into my marriage I was invited to preach at a church in Houston. It was a small Pentecostal congregation in a lower-income neighborhood. The worship experience was like entering a time machine headed for the 1950s. Priscilla and I felt obligated to stay for a church-wide lunch. That’s when the time machine went into warp speed to the First Century Mediterranean world. 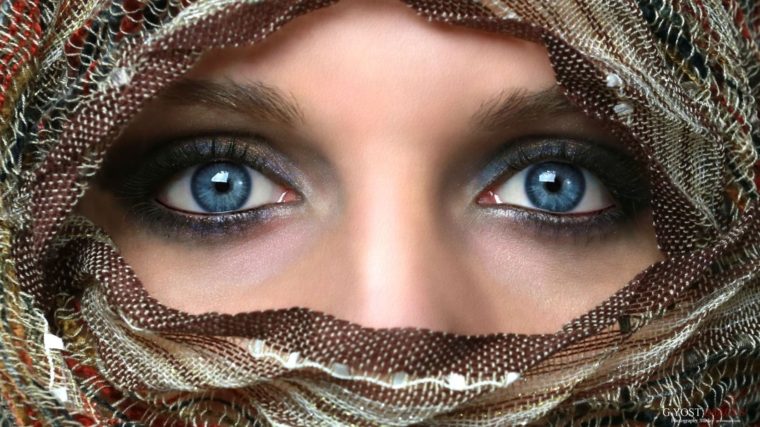 The pastor’s wife took Priscilla aside and explained that the men and women would eat at separate tables. The men walked into the fellowship hall first and took their assigned seats around a long table. I, as the guest preacher, was seated at the head of the table, the pastor at the other end.

The women then marched into the kitchen, in a single-file line, the senior pastor’s wife leading the way, and my dear wife fuming behind her.

They each filled a single plate of food and then marched into the Hall to serve it to the men. Priscilla plopped the plate in front of me and flashed a toothy smile — the one where only her lips are smiling, and her eyes are darts saying, “I’m going to kill you.”

That was the last time I preached at that church.

The Changing Roles of Women

Some still try to hold on to certain aspects of Paul’s world, sincerely thinking it the biblical thing to do.

However, the world has changed dramatically since Paul first met Jesus on the road to Damascus and the Bible, properly interpreted, is still as relevant to our culture as it was to Paul’s (for an overview of my hermeneutical approach click HERE).

I have attempted to provide a thumbnail sketch of what Jesus’ world looked like for women. It ranged from oppressive to extremely restrictive.

I have also shown that Jesus said and did things to turn that strict hierarchal world upside down. He turned his world upside down in many ways, not the least of which was an attack on its systems of oppression.

Paul, however, lived and worked in a different world from Jesus.

Draw a small circle around Jerusalem and then pencil in ever-increasing concentric circles around it. In general, for the Jews, the further away you get from Jerusalem the fewer the restrictions on women.

Don’t get me wrong; it was still a man’s world. But the attitude that women should remain secluded in their homes and never be seen in public unveiled, was only ever strictly observed by Jerusalem’s religious elites. [246]

When Paul gets to cities like Philippi (where there were very few Jews), Corinth (a sailor’s town), Ephesus (the center of the worship of the goddess Diana), and Rome (where every kind of crazy belief found a home) he was in a very different world.

In order to understand Paul’s advice when it comes to women, I will examine the attitudes toward women in his world, focusing primarily on Asia Minor and Macedonia, as well as Rome’s influence on these areas. [247]

I will give a brief sketch of what that world looked like both for Gentile women and Jewish women.

I will then highlight the roles of women in the life and ministry of Paul. I will show that taken in his First-Century Mediterranean context, Paul would never have been mistaken for a misogynist. [248]

The rise of the Roman Empire brought widespread changes throughout the Mediterranean world. Technological advances in areas such as road construction, communication systems, and food production and distribution brought increasing opportunities for everyone, including women.

Scholars have long noted that in the first century B.C. evidence of a “new” type of woman emerged in certain parts of the Empire.

Bruce Winter explains: “Both in ostensibly factual texts and in imaginative writing a new kind of woman appears precisely at the time of Cicero and Caesar: a woman in high position, who nevertheless claims for herself the indulgence in sexuality of a woman of pleasure.” [249]

Part of the problem with this study is that there was a wide variety of attitudes and mores with respect to the place of women in society across the vast Roman Empire.

The question with respect to women in the culture of Pauline work could only be answered with another set of questions: Which work? Which city?

Paul worked from as far east as Antioch (which had strong Jewish influence), to Galatia (very Hellenized), to Macedonia (where women were more restricted) to Rome (the birthplace of the “New Woman” Winter describes).

For example, C. Nepos, writing in the first century B.C. highlights the differences between the Greek and Roman traditions for women:

No Roman would hesitate to take his wife to a dinner party, or to allow the mother of his family to occupy the first rooms in his house and to walk about in public. The custom in Greece is completely different: a woman cannot appear at a party unless it is among her relatives; she can only sit in interior of her house, which is called the women’s quarters; this no male can enter unless he is a close relative. [250]

Winter also notes, however, that the penetration of Roman culture in the East “meant that the transfer of values of Roman women … also occurred.” [251]

By the time Paul was walking those dusty Roman roads, that transference of Roman values had been building for more than one hundred years. Perhaps the most telling shift during this time period was from gender to class as the deciding factor.

“We have the many testimonies to women in the eastern provinces going about veiled … others in mosaics without exception showing women with their faces and generally with their heads, too, quite uncovered — perhaps the better to display the modish arrangement of their hair. Here may be the clue that resolves the conflict in evidence: women who imitated the changes in style that went on in the imperial court, changes depicted in the provinces by portraits of the ladies of the imperial house, were the richer ones, the more open to the new ways and the more likely to belong to families on the rise. Women of humbler class were veiled, but these others behaved exactly like their counterparts in Italy, fully visible, indeed making their existence felt very fully in public.” [252]

This ongoing cultural shift in attitudes toward women had an unsettling effect in every city and village throughout the Roman Empire. Paul felt it as he attempted to build Christian communities in this part of the world. [253]

Jewish Women in the Diaspora

Although Jewish women in the diaspora enjoyed more freedom than their counterparts in Jerusalem, their sphere of greatest influence remained in the home. The public arena was primarily left to the man.

As early as the mid-fourth century B.C., Apollodorus described the situation: “We have courtesans [hetairai] for pleasure, handmaidens for the day-to-day care of the body, wives to bear legitimate children and to be a trusted guardian of things in the house.” [254]

Things had changed considerably since Apollodorus wrote those words, but the wife’s primary duty was still “to bear legitimate children.”

Even so, she was also trusted with the management of the house and all financial affairs in the husband’s absence. In this role, she often carried great influence.

The growing influence of Roman values, however, loosened the constraints just enough to tempt women to engage in commerce and politics. Jewish women were not immune to this temptation.

As one might expect, the more a Jewish woman was exposed to Roman culture, the more likely she was to engage in civic affairs. Her primary role as a homemaker didn’t change, but increasingly it was not her only activity.

In certain instances, the only distinction between a Jewish woman and a Roman woman was the head covering.

Women in the First Century Greco-Roman world were beginning to spread their wings. The Jewish women who were born into that culture were not immune to the Roman values that had caused these cultural shifts.

Ferguson highlights the evidence of a more liberal view of women this way: “Women from noble families in the first century came to excel in vice and immorality …” [256]

It might be helpful to summarize a few points that are key to our discussion with respect to the work of Paul.

We will see each of these playing a role in both Paul’s teachings and in the roles women played in his ministry. It is to that latter subject that we will turn to next.

247. Early in his ministry, Paul preached in Damascus, Arabia, Tarsus, as well as Antioch. However, his letters are a product of his later church-starting ministry in Asia Minor and Macedonia. It is these areas, therefore, that are critical in our understanding of his recorded words. I include Rome only because the Roman culture had a tremendous influence in these areas. It was in the cities where there was a sufficient number of Jews that mixed and clashed with the Gentiles, that Paul had the most difficulty. Philippi, for instance, where there were very few Jews, did not have the same level of discontent. Corinth (in Macedonia) and Ephesus (in Asia Minor) were another matter.

248. I use the word “misogynist,” not in its contemporary usage, but in its strictest definition as “a person who hates, dislikes, or mistrusts women.” To label Paul a misogynist based on its 21st Century political, sociological usage is anachronistic and highly unfair.

253. See, for instance, Elizabeth Bartman, “Hair and the Artifice of Roman Female Adornment,” American Journal of Archaeology, Vol. 105, No. 1 (2001), pp. 1-25. Hairstyles were much more important to Roman women than they were to Jewish women. Bartman writes, “In ancient Rome, hair was a major determinant of a woman’s physical attractiveness and was thus deemed worthy of considerable exertions to create a flattering appearance. Just as every face had its own physiognomy, so did female hairstyles vary – along with looks, a woman’s age, social status, and public role influenced her choice of coiffure.” One can begin to see the culture-clashes Paul was facing in his churches when one set of women wanted to feature their hairstyles and another group was trying to make them cover it up!