I grew up in a very small Spanish-speaking Baptist Church. The people were mostly poor or on the underside of the middle class. As I grew into my teenage years, the church grew as well. Over time we drew people from all over the Spanish-speaking world. At one point, there were 21 countries represented in our membership. This made for some beautiful, diverse worship experiences and some entertaining business meetings. “Culture clash” was a regular part of our vocabulary. 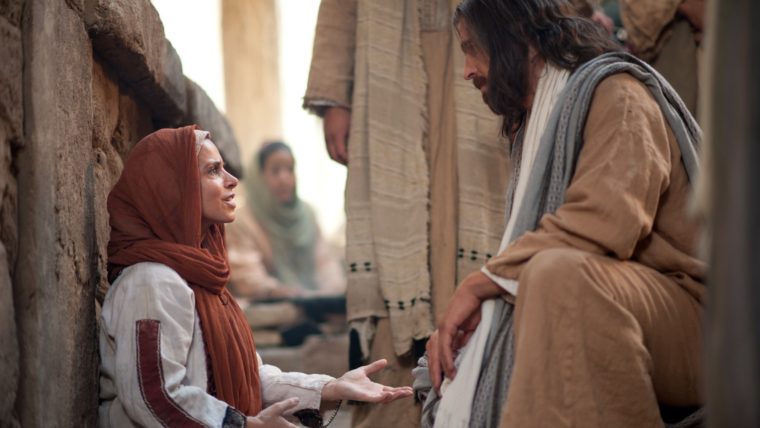 Jesus’ Clash with a Hierarchal Culture

I have shown that there is strong evidence that during the intertestamental period of Hebrew history there was a deterioration in a general attitude toward women.

Ben Sirach, the aristocratic scholar of Jerusalem, who lived and wrote in the second century B.C. believed that women had the potential to be good wives and mothers and were to be respected.

However, they were responsible for sin coming into the world, and their spite could be unbearable.  Daughters were a disaster – a total loss and a constant potential source of shame. [190]

After this brief survey of the place of women in first-century Palestine, one can certainly understand the saying of Rabbi Juda ben Elai (c. AD 150):

In contrast to first-century Palestinian attitudes toward women, Jesus treated women with honor, respect, and admiration.

Both in his teachings and actions, Jesus exhibited a revolutionary, counter-cultural attitude toward women. Robert Jewett sums it up:

“It was not so much in what he said as in how he related to women that Jesus was a revolutionary.  In this relationship, his lifestyle was so remarkable that one can only call it astonishing. He treated women as fully human, equal to men in every respect; no word of deprecation about women, as such, is ever found on his lips.” [193]

Considering Jewett’s observations, it is not surprising that even before Jesus could speak, women played a significant role in his story.

The Women of the Birth Narratives

And Mary said: “My soul glorifies the Lord and my spirit rejoices in God my Savior, for he has been mindful of the humble state of his servant. From now on all generations will call me blessed …” (Luke 1:46-48).

Three women in the birth narratives played significant roles.  Mary, Elizabeth, and Anna are portrayed as faithful servants of God who believed in Jesus, even before their male counterparts.

Mary, the mother of Jesus, sang a prophetic song of triumph about the coming of her son (Luke 1:46-56). Joseph, on the other hand, was completely silent.

Only later did God bother to inform Joseph, and only then because he was about to ruin everything by “quietly divorcing” Mary (Matthew 2:18-25).

Elizabeth, filled with the Holy Spirit, prophesied about Jesus, while her husband, Zechariah was muted due to his incredulity (Luke 1:39-45).

Simeon recognized baby Jesus as Messiah and prophesied over him (Luke 2:25-35), but Anna the prophetess also blessed baby Jesus and gave witness to the purpose of his arrival (Luke 2:38).

Considering all we have learned about the strict patriarchal culture of Jesus’ day; it is astonishing that women played such a vocal role in announcing his coming (at times even over the muted voices of their male counterparts).

Parenthetically, the most important influence on a Jewish child in the formative years was his or her mother.

The father was often consumed with providing for the family, and therefore, did not have much time to invest. The father never spent time with a daughter, and the son would be passed to the father’s tutelage at the age of twelve.

Not surprisingly, it was Mary who took the lead in rebuking Jesus when, at the age of twelve, he strayed from the family and after three days of searching was found in the Temple (Luke 2:41-51). Joseph was present but silent.

It was Mary who, at the birth of Jesus, took it all in and “treasured all these things in her heart” (Luke 2:51). Up until the age of twelve, it was the mother who had the greatest influence.

Mary, in the birth narratives, sings a song that showcases her as a strong woman who possessed tremendous compassion for the oppressed, and a prophetic vision for what the Messiah came to accomplish.

Surprisingly, in her song, the Gentiles are not opposed, but the mighty and arrogant rulers are brought down (Luke 1:46-55).

She was portrayed as an intelligent woman who had uncanny insight into what God, in His grace, wanted to do for the poor and suffering.

Not coincidentally, Jesus’ prophetic vision would later match that of his mother (Luke 4:18-19).

Kenneth Bailey concludes that “Jesus was raised by an extraordinary mother who must have had an enormous influence on his attitudes toward women.” [194]

The Teachings of Jesus

You have heard that it was said, ‘You shall not commit adultery.’  But I tell you that anyone who looks at a woman lustfully has already committed adultery with her in his heart” (Matthew 5:27-28).

As it turns out, Jesus always elevated the status of women. A summary of his teachings is beyond the scope of this study.

However, a brief examination of a few of his key teachings with respect to women could be considered representative of his overall teaching.

For instance, Jesus’ support of strict monogamy, opposition to divorce, and broadening of the definition of adultery, all served to protect women, against whom the rules were unfairly stacked.

Polygamy, although not the norm, was allowed in first-century Palestine. The Old Testament mandate to “be fruitful and multiply,” was thought to be the responsibility of the man. Therefore, he could take as many wives as he could afford in his quest to fulfill the mandate.

The woman, however, could have only one husband at a time and had no say in whether her husband took in more wives.

Jesus was absolutely opposed to this practice, appealing to the “one flesh” concept of Genesis 2:24 (Matt. 19:3-9).  In so doing Jesus improved the plight of women.

As previously mentioned, the man had exclusive rights to divorce.  However, acceptable reasons for divorce were hotly debated.

The debate surrounded the interpretation of the word “indecent,” found in Deut. 24:1, as a qualification for divorce – “because he (the husband) finds something indecent about her.”

The stricter school of Shammai interpreted “indecent” to mean sexual infidelity and allowed for divorce only in the case of adultery.

The more liberal school of Hillel interpreted “indecent” to mean just about anything that offended the husband and therefore allowed divorce for practically any reason.

The fact that Philo and Josephus only knew the view of Hillel indicates that by the second half of the first century Hillel had won majority consensus and the man could divorce the woman for any reason (for instance, if she burned the evening meal). [195]

Jesus, however, gave the right to divorce only in the case of adultery, thus greatly improving the stability of marriage and the rights of the woman (Matt. 19:1-9).

In addition, Jesus made a connection between the issues of divorce and adultery, speaking strongly against both (Matt. 5:27-32).

The androcentric perspective of the religious leadership was almost exclusively concerned with the role of the woman in adultery [see John 8:3-11 for an example of how judgment on the man was often overlooked in cases of adultery].

Witherington notes that in early Judaism it was always the woman who was thought to lead the man astray in the act of adultery. It was typically assumed that she was the temptress. [196]

However, in Matthew 5:28 Jesus teaches that when a man lusts after a woman he has committed adultery with her (not she with him) and is, therefore, the responsible party.

According to Jesus, any man who even looked at a woman lustfully had already committed adultery in his heart (Matt. 5:28).

This seemingly impossible restriction on the man served as an indictment against the serial polygamy that was being practiced by men in Jesus’ day. [197]

Jesus effectively reduced the liberal rights of divorce for the man to only the rare case of adultery. In so doing, he stopped men from treating women as property.

It is telling that when Jesus did this even his own disciples were incredulous and couldn’t imagine how it would be possible to live under such a rule (Matt. 19:10).

Perhaps even more astonishing is that Jesus indicated that if a man divorced his wife and married another woman, he committed adultery against his former wife!

The idea of a man committing adultery against his wife is found nowhere else in Jewish thought. It was revolutionary.

Thus, Jesus created unprecedented equality for the man and woman in the marriage relationship, elevating the rights of the woman to the highest level, even over the protestations of his own disciples!

The Parables of Jesus

He did not say anything to them without using a parable. But when he was alone with his own disciples, he explained everything” (Mark 4:34).

Jesus also represented women with high regard in his parables.

Parables were an important tool in his teaching ministry. In fact, Mark reports that Jesus rarely taught anything without using parables (Mark 4:33-34).

In his parables, Jesus represented life in first-century Palestine. His parables spoke of planting and sowing, plowing fields, the market square, the work of the merchant, courtroom drama, kings, servants, retainers, weddings, banquets, and familial relationships.

In other words, they were earthy and realistic.

Since Jesus’ parables were meant to reflect first-century Palestinian life, it is quite astonishing how often Jesus included women as the protagonists of his stories.

The woman who lost a coin from her headdress was the counterpart to the Father with the prodigal son and the shepherd with the lost sheep (Luke 15:8-9). All three in this parable trilogy represent God.

The persistent widow battling against the unscrupulous judge represents the faithful disciple (Luke 18:1-9).  It also paints the counter-cultural picture of a powerless female winning over a powerful male.

A woman who mixed yeast into the dough (Mt.13:33; Luke 13:20-21) represents the struggles against evil. The Ten Virgins (Matt. 25:1-13) waiting for the groom to arrive at the wedding represent the struggle of the church in living the Christian life while waiting expectantly for the return of Jesus.

Again, and again, Jesus gave women positive and central roles in his parables. In so doing, he shocked and undermined the oppressive male over female hierarchy of his day.

Next, we will see that Jesus’ interaction with women matched his teachings and further confirms his revolutionary attitude toward women in general, and women as an integral part of his ministry in particular.

192. Robert Jewett, “Man as Male and Female: A Study in Sexual Relationships from a Theological Point of View,” (Wm. B. Eerdmans-Lightning Source; First Edition, 1990), p.92.