“Questions about the interpretation of the Bible have been with the Christian faith from its beginning. Jesus’ confrontation with the Pharisees, for example, often had to do with the interpretation of Scripture. On occasion, Jesus chided them, ‘Is this not the reason you are mistaken, that you do not understand the Scriptures or the power of God?'” (Mark 12:24 NASB, emphasis added). 1Bruce Corley, Steve Lemke and Grant Lovejoy, Biblical Hermeneutics, p. xv. 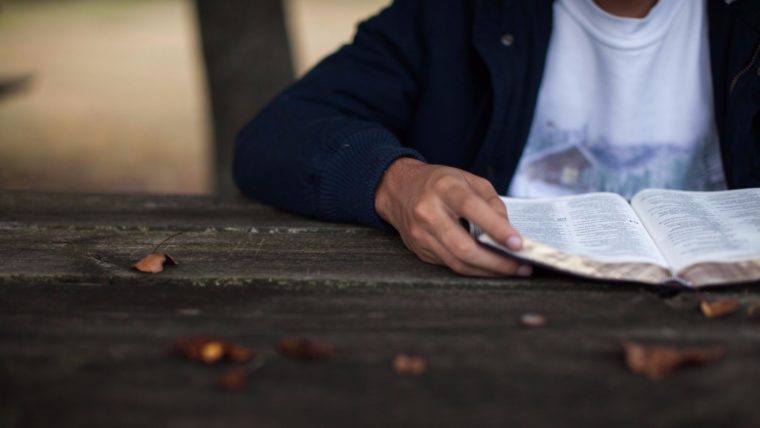 So begins the preface of the book on Biblical Interpretation written by my old Seminary Profs. The Christian Church has always struggled with interpreting the Bible. And the way we approach the Bible will inevitably impact our conclusions. A detailed discussion of Biblical Interpretation approaches is far beyond the scope of this blog post. At the end of this post, I will recommend some solid books on the subject. Here I’ll just make some general observations so that you will have an idea of the approach I take in my writings.

GUIDELINES FOR INTERPRETING THE BIBLE

As most evangelicals, I will approach the Scripture text as the inspired Word of God, perfect, true and unfailing. I will sometimes reference Bible scholars who take a more critical approach to the Scripture because I believe their work adds value to the debate. However, that in no way diminishes my commitment to the Scripture as God’s Word.

2. Every part of the Bible is open to examination.

When a particular piece of Scripture was written, or who wrote it, is irrelevant with respect to its authority or value as Scripture. If it is in the Canon of Scripture, then it will be considered a part of the inspired Word of God.

3. The Bible is literature.

As such, the interpreter should consider the genre of the text, including changing genre within any one book of the Bible.

5. The culture of the Bible was agricultural, tribal, and patriarchal.

6. There are biblical principles that transcend time and place.

The interpreter’s task is to answer the question, “What was the original writer or storyteller attempting to say to the people he was speaking or writing to?” Within this original intent, there is a timeless principle that can be identified.

7. The timeless biblical principles are applicable to life today.

The final step in the interpretive process is to transfer the timeless principle found in the Scripture text into the contemporary setting, making relevant applications. It is this process of considering historical, rhetorical, grammatical, and socio-cultural clues, mining for the timeless principle, and making a contemporary application that is the essence of the interpretive process.

8. The Holy Spirit helps us understand the Bible.

As difficult as it can be to understand everything about the Bible, Jesus has promised us that he would not leave us alone in the task. A sincere heart, open to God is the most powerful tool for hearing his voice speaking through the Bible.

In addition, there are a number of faulty suppositions and arguments that people sometimes use to solidify their position, or summarily dismiss their opponent’s argumentation. I will briefly expose only the most popular of these.

1. “I’m after the plain meaning of the Scripture text.”

2. “Scripture does not contradict itself.”

While this is true, it is also misleading. There are timeless Biblical principles that are never contradicted in Scripture. However, it is clear that there are narratives, commandments, and actions described in the Scriptures that are contradictory. Attempts to reconcile these contradictions results in exegetical gymnastics that can lead to rather bizarre conclusions. It is much more reasonable to understand that every story, commandment, or action in the Bible carries with it a timeless principle. It is this timeless principle that is never contradicted in Scripture.

3. “The perfect Word of God is void of any human opinion.”

The Word of God is divinely inspired, perfect and true; but, it is God’s Word delivered through human agency. Unlike other faith systems we do not believe that the Bible was dropped from heaven pre-written and completed, nor was it written by a single human author. Rather, it is a compilation of numerous books written and edited by many authors, from varying cultural perspectives, over a period of more than a thousand years.

4. “We must not capitulate to contemporary culture.”

5. “That’s just the ancient culture and no longer valid.”

Any time a biblical writer mentions something that does not ring true to my contemporary culture, it can be dismissed as a product of the ancient Biblical culture, and is therefore no longer applicable.”

This is problematic on multiple levels. First, there is the subjective nature of deciding what does or does not ring true to my contemporary culture. Second, as mentioned above, culture saturates every line of Scripture. It was just as impossible for the Biblical writer to get outside of his culture, as it is for the interpreter to get outside of hers. If one is going to dismiss a concept in Scripture simply because it reflects the ancient culture, one would have to dismiss every verse of the Bible. Third, this approach arbitrarily elevates contemporary culture above the ancient Biblical culture (and all other cultures in history, for that matter). To automatically dismiss the ancient cultural traditions and mores, in favor of modern day, American cultural traditions and mores is an act of cultural arrogance.

6. “You’re a liberal who doesn’t really believe the Bible.”

Or, the other side — “You’re a right-wing fundamentalist who is ignorant and closed-minded.” Both of these ad hominem arguments unfairly dismiss an opponent and close down discussion. They have no place in a proper discussion of the Bible.

No matter how vehemently you may disagree with someone, you should always treat them with love and respect.

If you would like to learn more about Biblical Interpretation and how to have a sane discussion on the Bible, I recommend the following books:

How to Read the Bible for All It’s Worth by Gordon Fee and Douglas Stuart
Biblical Hermeneutics by Bruce Corley, Steve Lemke and Grant Lovejoy
Introduction to Biblical Interpretation by William Klein and Craig Blomberg
Apologetics for a New Generation: A Biblical and Culturally Relevant Approach to Talking About God by Sean McDowell and David Kinnaman