The thing I love about Jesus is that he treated everyone with equal respect and value, and didn’t see any of the limitations society places on certain groups. He came to set us free from the chains that keep us in our assigned boxes. As a father and grandfather to some beautiful and brilliant young women, I am forever grateful. 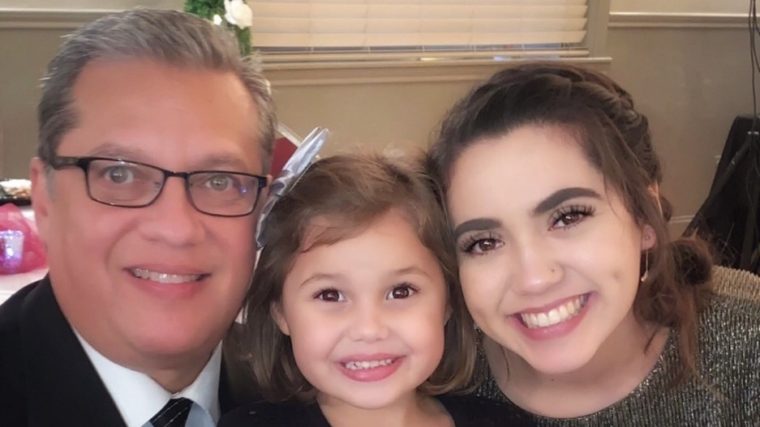 We have been examining some relevant case studies of Jesus’ interaction with women. The fourth case study is that of the women who were the first witnesses to the empty tomb.

The Women at the Cross

The women who had come with Jesus from Galilee followed Joseph and saw the tomb and how his body was laid in it” (Luke 23:55).

In all fairness, it would have been much easier for the female disciples to show up at the cross. If the religious power brokers were looking to persecute Jesus’ disciples, they would not have thought of looking for women.

Therefore, the women were free to go to the crucifixion without fear of incrimination or consequence. The male disciples, however, may have had a price on their heads.

In any case, the women were at the cross, saw where the body was laid, and returned after the Sabbath to properly prepare the body for entombment.

When they arrived, the body was no longer in the tomb. They were greeted by a young man in brilliant white clothing who said to them: “Why do you seek the living among the dead? Remember how he told you, while he was still in Galilee, that the Son of man must be delivered into the hands of sinful men, and be crucified, and on the third day rise” (Luke 24:5-7).

The angel spoke to the women knowing that they had been taught these prophecies by Jesus himself, while they were his disciples in Galilee.

They did not get it from the male disciples, but rather were being called to remember what Jesus told them. This was a summons for the women to be true disciples by remembering and witnessing. [220]

The irony, of course, is that the women, who were thought to be untrustworthy as witnesses, were the first to be called as witnesses to the resurrection.

The male disciples, true to their culture, did not trust the word of the women (Luke 24:11).

A literary analysis of the burial and resurrection narratives in the Gospel of Mark shows a movement of the position of the women from beginning to end.

In the beginning, the women were in the shadows, watching from afar, as men (Joseph of Arimathea and others) placed Jesus in the tomb (Mark 15:40-47). In the end, the most life-changing news in history was entrusted to the women (Mark 16:1-8).

Kenneth Baily describes the progression in the narrative: “This movement on the part of the women, out of the shadows of the accounts of the cross and burial and into the bright light of Easter morning, is a fitting climax to the dramatic affirmation of the radical equality of men and women in the fellowship that Jesus created.” [222]

This movement could also be seen as a fulfillment of Jesus’ inaugural sermon in Nazareth, where he said that he had come “to proclaim freedom for the prisoners and recovery of sight for the blind, to release the oppressed” (Luke 4:18).

Based on what we know of the plight of women in the first-century Mediterranean world, and Jesus’ radical, counter-cultural view of them, women certainly were one of the “oppressed” Jesus had in mind.

The Hierarchists on Jesus and The Twelve

When morning came, he called his disciples to him and chose twelve of them, whom he also designated apostles …” (Luke 6:13).

It is telling that most hierarchists spend little time debating Jesus’ views on women.

In Piper and Grudem’s massive and otherwise thorough, five-hundred-forty-one page-study on the topic of biblical manhood and womanhood, they devote only one chapter, a mere ten pages, to the topic of women in the ministry of Jesus. [223]

Although they freely admit that Jesus had female disciples, they tend to minimize the radical nature of Jesus’ view of women.

Instead, they argue that although Jesus had high regard for women, his treatment of women was not altogether out of line with Old Testament and later New Testament practices.

They also point out that Jesus maintained traditional roles for men and women. [224]

Their argument for gender role differentiation in the ministry of Jesus is based solely on the fact that Jesus chose twelve men as apostles. [225]

Jesus did, indeed, choose twelve men, who would become known as “The Twelve,” to play a key role within his movement.

The distinction Jesus made between The Twelve and his many other disciples is much debated. However, Jesus undoubtedly had something in mind in selecting twelve men to represent his earthly ministry.

Aida Spencer argues that Jesus’ selection of twelve men was not meant to be a permanent indictment on women in church leadership.

Ortland counters that if Jesus wanted to send a message about the equality of women, he could have included at least one woman in the Twelve.

He correctly observes that Jesus was willing to go against tradition in other places, why not here? [227] Ortland makes a valid point.

Jesus was not a feminist attempting to extinguish all differentiation between men and women. Jesus was a man of his culture, and therefore, upheld many of the standards of his day, even when he didn’t necessarily agree with them. [228]

Such seems to be the case with the differing roles of men and women.

However, Ortland applies his logic selectively, and in the end, fails to deal convincingly with Spencer’s argument.

Clearly, The Twelve represented the twelve tribes of Israel. [230]

Jesus was building a new Israel based on a new Law – what Paul called the Law of Christ (Gal. 6:2).

The selection of the Twelve was not a permanent statement about gender, any more than it was about ethnicity.

It was simply the announcement that the Kingdom of God had arrived, in language that Jesus’ Jewish audience would immediately and unequivocally understand.

In conclusion, Jesus’ radical and counter-cultural view of the equality of women was manifest both in his teachings and actions.

In every recorded interaction with women, Jesus is portrayed as treating them with honor, dignity, and respect.

In fact, Jesus seemed to ignore many of the cultural biases of his day in favor of equal treatment of women, both in personhood and function.

Although Jesus certainly did not eschew every cultural male-female differentiation, there is nothing he said or did that would prohibit a woman from serving in any capacity in the church.

For this reason, the hierarchists are forced to focus on the teachings of Paul, rather than Jesus. Therefore, we will now turn to Paul.

221. In the birth narratives, the shepherds were the first witnesses. Shepherds were considered unclean and were not allowed to give testimony in a court of law. The rabbis who produced the Talmudic literature often regarded shepherds as dishonest and prone to violating Jewish law. Likewise, Philo, a Jewish sage in Egypt and a contemporary of Jesus, wrote that shepherds “are held to be mean and inglorious” (On Husbandry, 61). Yet, God chose them to be the first witnesses to the birth of the Messiah.

223. Piper, RBMW, “Women in the Life and Teachings of Jesus,” Borland, p. 113-123. It is also telling that Borland spends most of his essay detailing how Jesus placed a high value on women and only the last few pages on his solitary argument for the idea that Jesus maintained role distinctions.

228. For example, Jesus told people to go show themselves to the priest after he had healed them in order that they might be pronounced “clean,” and received back into the community (Matt. 8:4; Mark 1:44; Luke 5:14). Jesus had other ideas about what it actually meant to be clean (Matt. 8:3; 23:25; Mark 7:19; Acts 10:15), but from a practical side understood that the priest’s pronouncement was the only way for the person to be accepted again into their community.

229. For the presence of Gentiles in Galilee and the Hellenistic Ethos of the region see Sean Freyne’s exhaustive work, “Galilee from Alexander the Great to Hadrian: 323 B.C.E. to 135 C.E., A Study of Second Temple Judaism,” University of Notre Dame Press, 1980, p. 101-145.

230. Sean Freyne is instructive when he writes, “Jesus’ choice of the Twelve, therefore, demonstrates his claims about the significance of his own movement. The memory of its origins was important to nascent Christianity, even though it did not retain the institution of the Twelve as part of its developing structures among the Gentile churches.” He goes on to write, “It is surely significant that later Judaism also drew on the symbolism of the Twelve by allowing the sign of the zodiac to adorn some synagogue floors as late as the fifth century C.E. This may have been a subtle form of religious competition between Jews and Christians in late antiquity, both sides claiming to have been founded on the symbolic association of the number 12. Whereas the Jews could point to the cosmic structure of the stars and seasons, the Christians recalled the action of Jesus in choosing 12 founding members and associated them with Israel’s tribal foundation story. Click HERE for Freyne’s insightful article.