I remember quite vividly my Mom giving her testimony on a Sunday morning. It was a moving narration of her journey to Christ with a spattering of Scripture references. My church would never have allowed a woman to preach. However, everyone supported my Mom in “sharing” that morning. My father was in attendance, sitting in his regular pew. Question #1: Did my Mom teach us anything that day? Question #2: Did her story have authority? We play some interesting word games in the Christian church. 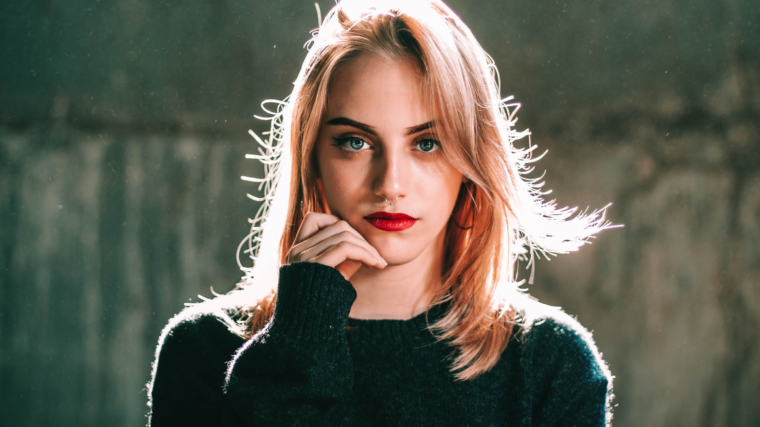 I will now address the first three of eight debatable issues with the four verses that form 1 Timothy 2:12-15.

The domain of early Christian worship was the house.

When Saul was persecuting Christians, Luke reports that “going from house to house, he dragged off both men and women and put them in prison” (Acts 8:3).

Paul reminds the Ephesian church leaders that he had not hesitated to preach anything that would have been helpful to them, but taught them both publicly and “from house to house” (Acts 20:20).

The context of the household church combined with Paul’s allusion to creation, and the enigmatic statement about childbearing, all serve to make the case for a translation of anyar, and gune, as “husbands,” and “wives.”

Elisabeth Schussler Fiorenza points out that “the house church, but virtue of its location, provided equal opportunity for women, because traditionally the house was considered women’s proper sphere, and women were not excluded from activities in it.” [372]

On the other side, there is grammatical and structural evidence to support the more general usage of “men,” and “women,” and most scholars follow this formula. [373]

Although it’s possible that Paul was addressing “men” and “women” (therefore, we should not rule it out), it seems more likely that he was addressing “husbands,” and “wives,” especially considering the abrupt shift in topic from verse 10 to verse 11. [374]

#2 – How do the two verbs “teach,” and “have authority over” relate to each other and the noun they serve?

The question is whether the first part of verse 12 should be translated with the verbs as a distributive.

Distributive – “I do not permit a woman to teach or assume authority over a man.”

Non-Distributive – “I do not permit a woman to teach; nor, do I allow her to assume authority over a man.”

The difference is that in the distributive case the verbs “to teach,” and “to have authority over,” feed the same noun, “the man” (or more likely, “her husband”). So that the prohibition to teaching, in particular, is in reference to “the man,” or “her husband.”

If it is non-distributive, then the verb “to teach” references an assumed noun, and the prohibition against women teaching is more general.

The majority of scholarship finds the verbs to be distributive and therefore the prohibition against the woman teaching is in reference only to “the man,” or “her husband.” [375]

Another possible relationship between the verbs is that they form a hendiadys, which is “the coordination of two ideas, one of which is dependent on the other.” [376] The hendiadys welds the two words together to form a single idea, with the second clarifying the first. [377]

In this case, Paul’s words would be rendered as “I do not allow a woman to teach with authority over a man.”

#3 – What is the meaning of the word, authentein (authority)?

The word that Paul used in verse 12 for “authority” becomes very important if we assume that Paul is using a hendiadys and the verse reads “I do not permit a woman to teach with authority over a man.”

The meaning of “authority,” now becomes paramount. As it turns out, the word Paul used for “authority” (authentein) is extremely rare and difficult to translate.

It is used only here in the Bible and is found only rarely in all of ancient Greek literature. [379]

To make matters more tenuous, none of the other usages come from the first century. Because word meanings change over time, it is difficult to ascertain exactly what this word meant on the day Paul used it. [380]

Although authentein certainly carries some connotation of “authority,” it does not mean an everyday, run-of-the-mill type of authority.

There were several common Greek words for the general meaning of authority. The most common was exousia.

The other common word for “authority,” was huperoche, a word Paul used in this same letter to describe the “authority” of kings (1 Tim. 2:2).

If Paul meant simple “authority” surely he would have used a plain and simple word for it – exousia or huperoche – both, words he was familiar with.

Instead, he chose to use, authentein, one of the rarest words in all of Greek literature.

It seems obvious that authentein was a nuanced word. Nuance words as rare as authentein are words we keep in our vocabulary but seldom use.

For instance, the most straightforward word we use when wanting to communicate a feeling of “anger” is the word “angry.” One might say, “I am angry.” That certainly conveys the meaning in a straightforward manner.

However, one could also choose to use a less common word for “angry,” which would convey more information about the anger in question.

“Irate,” is a nuanced word for “angry,” which indicates another level of anger. “I am angry,” and “I am irate,” are basically the same, but carry a nuanced difference, having to do with intensity.

We could carry this exercise a bit further (with the help of a Thesaurus) and choose to use the word “splenetic.”

Splenetic is also a word (rather rare) that means, “to be angry,” but “splenetic” carries the specific meaning of “an anger that is spiteful.” [381]

Although, like authentein, splenetic is rarely used, it certainly could be utilized if a writer wanted to convey the idea of a specific kind of anger, namely a “spiteful” anger.

Authentein, was to exousia, what “splenetic” is to “angry.” It was a nuanced word that Paul used in order to convey a more specific type of authority.

The word authentein has been thoroughly studied. The most likely nuanced meaning of the word is “dominating authority.”

Therefore, Paul was most likely saying that he did not allow women (or wives) in the household churches to have a “dominating authority” over men (or their husbands).

Interestingly, this would not be a problem that Paul would need to address unless the women were starting to take leadership positions and practice gifts that were defacto giving them a type of authority.

There was, understandably, a knee-jerk reaction from some husbands who suddenly found their wives teaching a lesson, prophesying, praying, or speaking in tongues – in other words, issuing truth that the husband might be forced to accept and implement. Culturally, this placed the husbands in a strange and foreign position.

Linda Belleville shows that “there is a virtually unbroken tradition, stemming from the oldest versions [of the Bible] and running down to the twenty-first century, that translates authentein as ‘to dominate’ rather than ‘to exercise authority over.'” [382]

The noun form, authentes, refers to someone who originates or carries out an action. By the first century, lexicographers defined authentes as the perpetrator of a murder committed by others (not the actual murderer himself or herself).

In other words, it came to describe someone who hired an assassin. [383]

Considering the polemics of the letter and the nature of the heresy Paul was fighting, a translation of authentein as a “dominating authority,” makes much more sense.

The wives of Ephesus, influenced by Ephesian cultic worship practices, and fueled by Paul’s preaching on freedom in Christ and the equality of male and female, were aggressively practicing their gifts of prophecy and speaking in tongues.

In the euphoria of experiencing the freedom to participate, they were insensitive to the cultural parameters of the Jewish influence in Ephesus. They were, therefore, viewed as exercising a dominating (assassinating?) authority over their husbands (and possibly other men).

Paul attempted to correct this.

However, he did not want to prohibit women from ever having any authority (they clearly did have some authority if they were allowed to prophesy, speak in tongues, and pray), so he decided not to use the common word for “authority” (exousia), but instead an extremely rare word (authentein) so that it would be clear to all his contemporaries that he meant only a certain type of authority, namely an assassinating and emasculating authority.

In my next blog article, I will address the remaining issues with 1 Timothy 2:12-15.

371. This would have been especially true in the instances where only a woman is mentioned in reference to the house church. See Mary the mother of John in Acts 12:2, Lydia in Acts 16:40, and Nympha in Col. 4:15.

373.  Although my argument is strengthened by a translation of “husbands,” and “wives,” instead of “men,” and “women,” it is in no way dependent on it. For a representative argument for using the general terms “men” and “women,” see Luke Timothy Johnson, “The First and Second Letters to Timothy,” The Anchor Yale Bible Commentary (Yale University Press, 2001), p.200.

374. For an argument in favor of using “husbands,” and “wives,” especially in verses 11-12, see Philip H. Towner, “The Letters to Timothy and Titus,” The New International Commentary on the New Testament, (William B. Eerdman’s Publishing Co., 2006), p. 212-213. Towner also gives an excellent overview of the potential cultural and situational background to these verses, p. 190-200.

375. RRBMW, Douglas Moo, “What Does It Mean Not to Teach or Have Authority Over Men,” p. 186. Moo arguing the case of the hierarchists rejects the more general restriction in favor of the particular. He concludes that Paul was not prohibiting women from teaching other women, but only from teaching men. His analysis is representative.

380. Carroll Osburn, “Women in the Church: Reclaiming the Ideal,” (A.C.U. Press, 2001), p.208-223, where after a rigorous debate with the relevant scholarship she concludes that the most likely meaning of authentein is, a “domineering” authority.