My wife, Priscilla, helps me in immeasurable ways. I like to think that we help each other, but truth be told, I wouldn’t be where I am without her. She has always preferred “behind the scenes” work, but in no way does that make her subordinate to me. In fact, the “help” she has been to me places her in a position of strength. 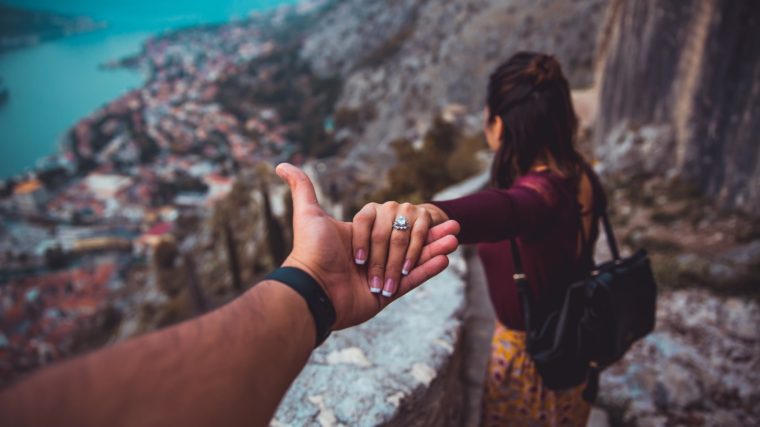 #3 – The woman was created to be a “suitable helper” for the man.

The LORD God said, “It is not good for the man to be alone. I will make a helper suitable for him” (Genesis 2:18).

The traditional interpretation of Genesis 2:18 is that the woman was created for the man, and in the subordinate role of “helper.”

One could just as easily argue that because the man was struggling, she was created for him only in that she would be there to show him how to do a better job. I don’t believe that to be true, but it isn’t any less arbitrary than the traditional interpretation.

The basic problem with the traditional interpretation is that it overlooks the overarching point of the creation narrative, which is that both male and female (and all of creation, for that matter) were created by God, for God.

The man had nothing to do with the creation of the woman. She was not his idea, nor did he play an active role in her creation. In fact, the narrator went to great pains to show the man as being passive and silent throughout the creative process, lest the listeners misunderstand and give the man credit that rightfully belonged to God.

Since being created for the man, in and of itself, reveals nothing about hierarchy or authority, the significance of this argument rests on the most likely meaning of the Hebrew phrase “suitable helper” (Hebrew, ezer kenegdo).

Does this phrase indicate subordination? The textual evidence overwhelmingly indicates that it does not connote a subordinate position.

Let’s take a look at each word in the phrase in order to understand what they mean when combined.

Ezer, the Helper from Above

Aside from the two occurrences in Genesis 2, the word ezer (helper) is used nineteen times in the Old Testament.

It is used eleven times in the Psalms, always of God. The Psalmists used ezer to proclaim the powerful, saving “help” that comes from God above. God is our ezer.

Therefore, in eighteen out of nineteen usages, ezer is used to describe a superior force intervening to “help.”

John Piper admits that the word “helper,” in and of itself does not imply anything about rank or order. [51] He then attempts to show that ezer reveals subordination due to context. His argument is weak and unconvincing, in that it requires an a priori assumption of male superiority that is foreign to the narrative. [52]

Susan Foh agrees that the phrase “suitable helper” serves “to underline the likeness of the woman to the man.” [53] However, she then attempts to prove subordination through the principle of the progeniture and the concept of “one flesh.” She concludes that these two concepts “pave the way for the principle of inequality between the man and woman.” [54]

I have already argued against the progeniture as indicating superiority or authority (see my blog article, Women in Ministry, Volume Four), and am baffled as to how Foh sees female subordination in the concept of “one flesh.”

In any case, the “one flesh” concept was obviously reserved for the marriage relationship and has no bearing on the male-female relationship in society at large (outside of marriage).

kenegdo, Suitable as an Equal

Aida Bensanon Spencer examined the other word in the phrase “suitable for him” (kenegdo) by parsing its constitutive parts: k’ + neged + o. She loosely translates these: as + before + him, claiming that etymologically the word means “as if in front of him.” [55]

Spencer then notes that the word neged, which can mean “front,” or “visible,” carries with it the connotation of superiority or equality. Finally, she points out that the noun form of neged, which is nagid, means “leader.”

In view of these grammatical examinations, Spencer concludes: “The same preposition (neged) when converted into a noun (nagid) signifies ‘a leader, ruler, prince or king,’ an ‘overseer.’ Literally it signifies the ‘one in front’.” [56] Spencer’s conclusion is that, if anything, the phrase “suitable helper” connotes a position of superiority.

Ortland is correct when he counters that Spencer is on shaky ground in her analysis. [57] Her grammatical exercise with the word kenegdo is creative and interesting, but her conclusions are a reach. In context, the word kenegdo most likely does not mean that the woman will be “out in front” of the man as his “leader,” as Spencer infers.

Ortland, on the other hand, seems to underestimate the significance of the etymology. He uses an illustration meant to show the folly of Spencer’s conversion of the word into a noun.

He writes, “by Spencer’s line of reasoning we could argue that the English adjective ‘front’ converts into the noun ‘frontier,’ suggesting that the word ‘front’ connotes sparse habitation and primitive living conditions.” [58]

Of course, the two words don’t mean exactly the same thing. However, they are related by nuanced meaning. The word frontier carries the connotation of a land that is out in “front” of us, just out of reach, and therefore, something to be explored.

Ironically, Ortland’s illustration proves Spencer’s point. While the etymology of a word may not directly mirror its contemporary meaning, it certainly reveals its subtler nuances of meaning.

The idea of being “out in front” or “leading” is a nuanced part of the word kenegdo, as its constitutive parts indicate. It does not mean leader, but neither does it carry the connotation of a subordinate.

In the end, Ortland concedes that kenegdo conveys the idea of anteposition. He writes, “the woman, therefore, is a helper corresponding to the man, as his counterpart and equal” [59]

Ortland, therefore, is forced to pin his argument for subordination on the other word in the phrase, “helper.” As already shown, Ortland will find little relief in that argument since the word for helper, “ezer” is used most often of God.

R. David Freeman, a biblical scholar at the University of California and a specialist in Semitic languages, examined all the uses of the two words ezer and kenegdo in the Old Testament and concluded that the proper translation for Genesis 2:18 would be “I will make a power (or strength) equal to him.” [60]

Shreiner admits that the appeal to the Old Testament usage of ezer has merit, however, he points to context claiming that “in the narrative context of Genesis 1-3 the word ‘helper’ signifies that Eve was to help Adam in the task of ruling over creation.” [61]

There is simply no evidence for his claim. It is true that in the first creation narrative God commanded the male and female equally to subdue and rule over creation. However, nowhere in the second creation account did the narrator indicate that this was the reason the man needed help.

The way the narrator described the garden, it almost ran itself! In fact, the narrator clearly stated the reason the man needed help: he was alone.

It was for community and fellowship that God created the woman. The woman “helps” the man by saving him from his aloneness.

The man didn’t need a work mule, he needed a soul mate.

Schreiner then suggests that one of the ways in which the woman helped the man was in bearing children. He is quick to qualify that it is not the only way women function as helpers, but certainly a unique way in which they do so. [62]

This is an androcentric reading of the narrative. It is true that both the man and woman were equally commanded to “fill the earth” with progeny. It is also true that the man could not do this alone. However, to insinuate that the woman arrived to bear children for the man, is to read God’s command solely through the eyes of the man.

The command to procreate came from God, to both the man and woman. Therefore, the woman bears children for the honor and glory of God, not the man. And her arrival was a means by which she could fulfill God’s command, not just for the man, but for the man and herself equally.

Phyllis Trible rightly concludes that “… ezer is a relational term; it designates a beneficial relationship; and it pertains to God, people, and animals. By itself the word does not specify positions within relationships; more particularly, it does not imply inferiority.” [63]

Trible reasons that because kenegdo connotes equality, and the animals who are subordinates to the man could not produce a suitable counterpart, it stands to reason that the woman as ezer is in no way subordinate to the man.

She aptly states it this way: “God is the helper superior to man; the animals are helpers inferior to man; woman is the helper equal to man.” [64] The inescapable conclusion is that the phrase ezer kenegdo is neither a phrase of subordination nor superiority, but of saving power and equality.

50. She was created to be his “helper.” Here, the narrative takes on an androcentric character so that the critical interpretive key is to understand the nature of the word “helper,” and the phrase, “suitable for him.” One must also keep in mind that the entire second creation account is centered on the man, at its beginning, but only in that the man, when alone, is out of balance and needs the woman to help him. It is his aloneness that is emphasized and noted as the first aspect to creation that is “not good.”

52. Piper bases his conclusion on the fact that Adam first went looking for a “helper” among the animals and couldn’t find one. He concludes that this indicates that Adam was taking the initiative in looking for a helper. Piper misinterprets the “naming of the animals” narrative as I will show in a future blog article.