Confession – I am always a little jealous of super creative people. My undergraduate degree is in Mechanical Engineering. So, I am at home with technical books and data-laden articles. I thrive on the minutia of research. I love to turn every stone over to see what lies beneath. No detail is boring or insignificant to me. But, when it comes to creativity, I’m a bit challenged. 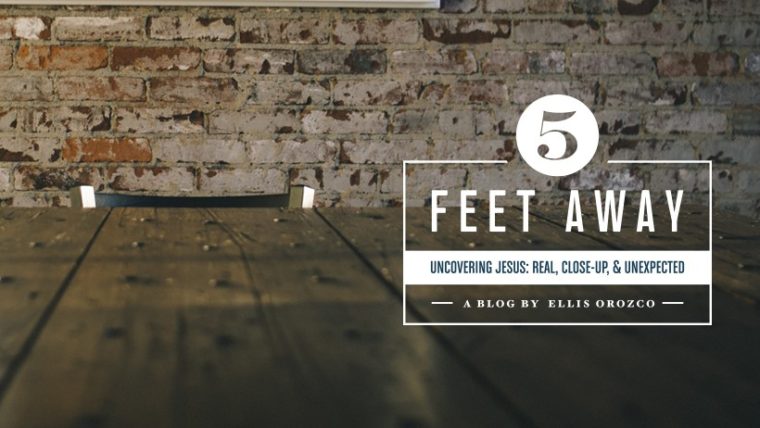 So, naming my blog was an excruciating task. I leveraged every creative friend I have (and I have a lot of them) and came up with dozens of names. But, at the end of the day, this is my blog and I had to make the final choice. That’s why I love math. Once you solve a differential equation you have an answer and can know that it’s right. Not so much with naming a blog.

THE QUEST – WHO WAS JESUS?

Fifteen years ago I engaged in a thought experiment. It was fueled by one question: What would it have been like to be eight years old in the year 2 AD, growing up in a tiny village in southern Galilee named Nitzer, 1Nitzer is an obscure Aramaic word for “branch” – and, probably the first-century word for Nazareth. and living next door is your third cousin and best friend – another eight-year-old boy named, “Yeshua?”2Yeshua is Aramaic for the Greek word, “Jesus.” Aramaic was Jesus’ first, and probably only language. You’ve known him all your life. Eventually, he leaves the village to embark on a spiritual quest, and you decide to go with him.

That question propelled me into a fifteen-year quest (read obsession) to learn everything I could about what it felt like, looked like, and smelled like, to live in first century Palestine. I read every “historical Jesus” book I could find. I read archeological and sociological studies on the life and times of Jesus. I read biographies of the super-star players of that era – Herod the Great, Herod Antipas, Caesar, Tiberius, Pontius Pilate, and Judas Maccabees, to name a few. I read Josephus, the first-century Jewish historian (a laborious task I don’t recommend). For fifteen years I lived and breathed the cry of Paul, “I want to know Jesus!” (Phil. 3:10a). The real-life, human being Jesus. I was desperate for the truth – who was Jesus?

THE DISCOVERY: AN AMAZING JESUS

What I discovered, as a student blew me away. It was unexpected (even for someone who grew up in the church). What I discovered was the most amazing human being who ever lived. A radical, countercultural, revolutionary sage with extraordinary powers, immeasurable impact, and undeniable relevance for all of life in every epoch of human history since his arrival.

I discovered that Jesus has always been with me. Even before I could pronounce his name – he was there. Proclaiming my faith in him was a moment of clarity on what had always been, and a surrender to what he wants me to be. Jesus is with me – always has been, always will be. And saying that out loud simply invited him to take complete control of my life.

You see, Jesus takes every experience of my life – from the cradle to the grave – the good, the bad, and the ugly – and uses it to shape me into the person I am, and the one I am becoming. He will bring powerful truth and timeless principles to my life. But I have to let him. I have to want it.

Jesus will bring powerful truth to my life, but I have to let him. I have to want it.
Click To Tweet

THE CONCLUSION: 5 FEET AWAY 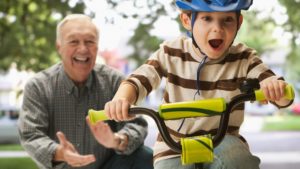 My Dad taught me to ride a bike. He began by walking beside me, holding onto the seat, stabilizing the bike as I pedaled on shaky legs. Then he ran alongside as I picked up speed and confidence. At some point, unbeknownst to me, he let go. I’m not sure when that happened. All I know is that I was pedaling and not falling. Suddenly I felt confident and strong and free because Dad was cheering me on, letting me fly, but ready if I needed him, jogging beside me … never more than just five feet away.

I hope to fill this blog with writing that will uncover this amazing Jesus who is never more than just five feet away.