We all have a particular way of looking at the world; a way of approaching the challenges of life. We do it instinctively — like breathing. We operate from a set of beliefs about fundamental aspects of reality that ground and influence all our perceiving, thinking, knowing, and doing. This is called a worldview. 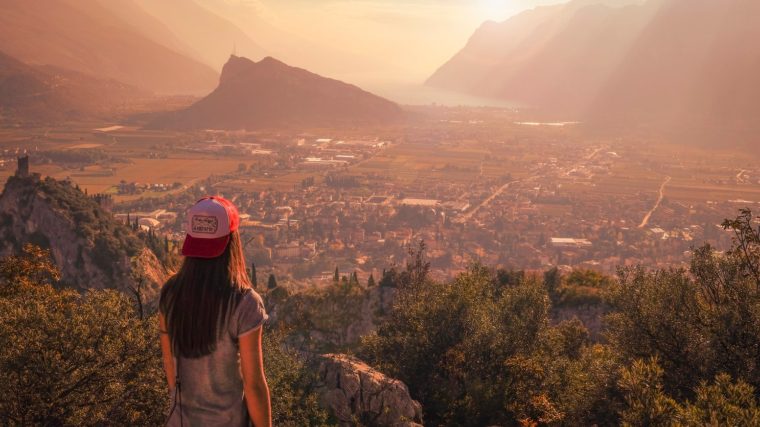 Jesus and The Twilight Zone

Jesus had a worldview. It drips from every word he speaks, every action he takes, every story he shares. Even a cursory reading of the New Testament leaves you with the distinct feeling that you have entered another world – a spiritual world – a spirit-filled world in which the spirits are a daily, and palpable force. Most of us find it difficult to live in that world.

When I was kid one of my favorite TV shows started like this — “You are traveling through another dimension, a dimension not only of sight and sound but of mind. A journey into a wondrous land whose boundaries are that of imagination. Your next stop, the Twilight Zone!”

And for half an hour I would do just that — suspend my belief and enter another world.

Our struggle is a natural ramification of having been born into a modern world — a world built primarily on a scientific worldview. I don’t mean to denigrate science. Science is a wonderful field of study that has produced immeasurable good. Science simply makes a terrible god.

Science doesn’t explain everything. Even the best scientists understand this. The purely material-physical approach to science is beginning to unravel.

Robert Lanza in Psychology Today writes: “In all directions, this outdated paradigm [traditional scientific approach] leads to insoluble enigmas, to ideas that are ultimately irrational.” This increasingly outdated way of looking at the world has never recognized the spiritual dimension of life.

Lanza writes, “We’re told we’re just the activity of carbon and some proteins; we live awhile and die. And the universe? It too has no meaning. It has all been worked out in the equations – no need for a soul.”

But new approaches are being considered. According to Lanza, “Recently, biocentrism [a new “theory of everything”] and other scientific theories have also started to challenge the old physicochemical paradigm, and to ask some of the difficult questions about life: Is there a soul? Does anything endure the ravages of time?”

Jesus and his first disciples were not weighted down by the tenuous assumptions of science. They experienced the spiritual world with a certain naiveté that allowed them to enter places we struggle to go.

John warns, “Dear friends, do not believe every spirit, but test the spirits to see whether they are from God …” (1 John 4:1).

Clearly, they were living in an otherworldly zone.

So, we must allow ourselves a suspension of belief, so to speak, which actually propels us into another world that is real – more real than the one we live in.

John draws a strong distinction between those who live for Jesus and those who don’t. He says, “They are from the world and therefore speak from the viewpoint of the world, and the world listens to them” (1 John 4:5).

It is a distinction of worldview.

The Worldview of Modernity

Here are some of the basic characteristics of the worldview of modernity.

This is tempting to believe because God also places an extremely high value on human life. The tendency of modernity is to place human life at the center of all things and to make the will, desires, needs and wants of human beings preeminent.

If human beings are the masters of the world then it stands to reason that they decide what is true and what is not. Truth is what you make it. You have to find your own truth. These are common statements that reveal a “truth is subjective,” approach to life.

Again, human beings are at the center of the moral structure. Moral behavior changes from culture to culture, tribe to tribe. Morality is what we make it.

What’s wrong with it as long as I’m not hurting anybody? What two consenting adults do in private is their business.  These are common statements of those who have an androcentric moral structure.

Machiavelli basically believed that winning was the only moral good. Rising to be master over others was preeminent and any action that delivered mastery was morally good because it propelled you to the ultimate moral good — winning.

The ends justify the means is the mantra of Machiavellian ethics.

Here are the Biblical-Christian responses to the worldview of modernity.

God is at the center of all things.

Human beings, although extremely valuable to God, were not created to be at the center. Human beings were created to bring glory to God (see John’s picture of Heaven in the book of Revelation, where God is on the thone and all creation surrounds him, worshipping him, Rev. 4).

Jesus proclaimed himself to be the personification of truth when he said, “I am the way, the truth and the life” (John 14:6). He said, “Then you will know the truth, and the truth will set you free” (John 8:32).

God is the foundation of truth and Jesus, his Son, brought that truth to our world. Again John wrote concerning Jesus, “The Word became flesh and made his dwelling among us. We have seen his glory, the glory of the one and only Son, who came from the Father, full of grace and truth” (John 1:14).

Truth is not subjective. Truth is a person — Jesus Christ. It is objective.

The central question of morality is NOT am I hurting other people — it is am I hurting God. Again, God must be at the center of our moral thought.

If you love God you will obey his commands (John 15:10). And his command is this: love other people (John 15:12). So if your morality is God-focused the rest will take care of itself.

Machiavelli said being first is the goal. Jesus said, “So the last will be first, and the first will be last.” (Matt. 20:16).

The Machiavellian way (which is prominent in our modern world) is antithetical the spirit of Jesus. Period.

John said,  – “Dear friends, let us love one another, for love comes from God. Everyone who loves has been born of God and knows God” (v.7).

The spirit of Jesus that lives in us and his view of the world is always grounded in sacrificial love.