There is not a single word recorded from the lips of Jesus on Wednesday. All four gospels fall into an eerie silence for almost 48 hours, from Tuesday evening to Thursday afternoon.  Where was Jesus? What was he doing? What were his disciples doing? We can only speculate. 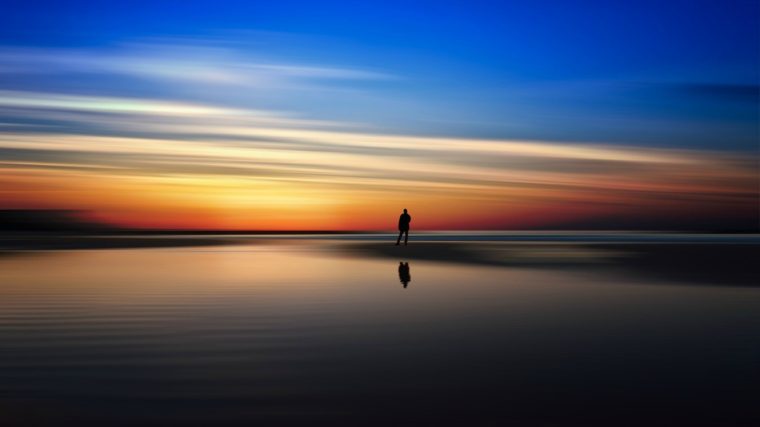 Where Did Jesus Go When He Was in Trouble?

We might find a clue about the silence by what was happening right before Jesus went off the radar.

Tuesday night Jesus had dinner with his friends in Bethany, a small village east of Jerusalem. At the dinner, a woman anointed him with expensive perfume from an alabaster jar.

Judas complained that it was a waste of money (John 12:4). He was the treasurer and was stealing from them (John 12:6).

Jesus rebuked Judas and explained that this woman was preparing him for his death. Judas had already secretly approached some religious leaders about the idea of handing Jesus over to them. They promised him thirty pieces of silver for the betrayal.

Judas was now furious with Jesus and decided to go through with his plan. He would wait for the right time (Matt. 26:16). It was now DEFCON 1 and Jesus knew it.

And that’s where the story goes silent.

What Jesus did next is pure speculation.

The most likely reason for the silence, however, is that Jesus retreated back into the wilderness to get away from everything.

Here’s what we know:

Jesus often withdrew to the wilderness to pray (Luke 5:16).

For some time, Jesus had not been able to go into a city or village because the authorities were after him. This forced him to live in the wilderness (Mark 1:45).

At one point, certain Pharisees attempted to stone Jesus, but he escaped into the wilderness of Judea (John 8:59).

Jesus was in the wilderness when he got word that Lazarus was sick. When he told his disciples that they would be going into Bethany to heal Lazarus, Thomas said, “Let us also go, that we may die with him” (John 11:16). They knew that the wilderness was protecting them from certain death.

In fact, for a few months before Passion Week, Jesus had been living in the wilderness area not far from Bethany (John 11:54). And during the Passion Week, he had been sleeping under the stars on the Mount of Olives (Luke 21:37).

In short, Jesus went to the wilderness repeatedly …

It seems reasonable to assume that before Jesus faced the greatest physical and emotional challenge of his life, he would, like so many times before, escape to the wilderness for a sense of peace. It would be the calm before the greatest storm of his life.

Reflection: Where do you go to get away and get close to God? How often do you retreat from the stress of life to spend quality time with God?