Reading has been an acquired taste for me. It wasn’t until graduate work in theology that the reading bug hit me. Books are now a daily part of my life and the people who write them are some of my best friends. That’s why recent events in my beloved book world have me thinking deeply about some troubling matters over one of my favorite authors, Dr. Seuss. 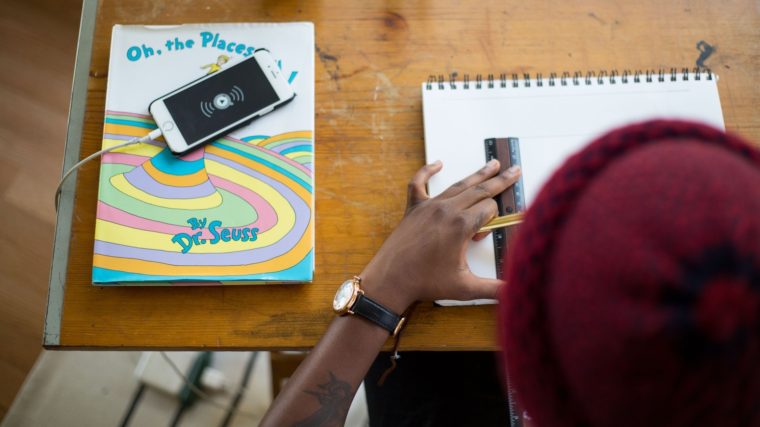 The Cleansing of Dr. Seuss

A person’s a person, no matter how small.” — Dr. Seuss

The first book I remember reading was “Hop on Pop.” Years later, when I graduated from Seminary, I bought Dr. Seuss’s last book, “Oh the Places You Will Go.” It was as if he had been with me through all those years. For many of us, Dr. Seuss’s voice was formative.

That may be the reason for the emotional response when we hear even the slightest critique of his books.  According to his publisher, Dr. Seuss Enterprises, six of his oldest books will be discontinued after a committee of educators concluded that some stories portray people in ways that are hurtful and wrong.

For instance, in Seuss’s first book, “And To Think That I Saw It On Mulberry Street,” he gave an Asian man slanted lines for eyes, with chopsticks in one hand, and a bowl of rice in the other. Not surprisingly, no one gave it a second thought in 1937 (the year it was published).

Jesus and the Stereotype

A man was there by the name of Zacchaeus; he was a chief tax collector and was wealthy” (Luke 19:2).

Zacchaeus is an interesting study. The stereotype of the wealthy tax collector — a sellout to his own people — certainly meant that he was a surly, greedy man to be avoided at all costs. But then Jesus saw him sitting in a tree with the children of the village. It was a comical paradox to the stereotype.

Jesus stopped and said, “Zacchaeus, come down immediately. I must stay at your house today” (Luke 19:5). It was First Century lingo for, “I want us to be friends.”

Jesus never lost an opportunity to smash a good stereotype. Some could argue that his entire life was a stereotype-smashing hammer.

The stereotype is an insidious missive. Its beguiling, harmless smile steals life by dehumanizing and diminishing those who find themselves in its crosshairs. The stereotype is harmful in the same way all lies are harmful.

The lazy, mistachioed, Mexican, back against a cactus plant, sombrero pulled over his eyes, taking a siesta. It’s a lie. The Mexicans I know are the most hardworking people in our society, often engaging in the back-breaking labor most of us abhor.

The Confederate-flag-waiving, racist, white Southerner with a pickup truck and a rifle slung over his shoulder. It’s a lie. The White Southerners I know are some of the kindest, most loving, and caring people on earth. Some of them are even pacifists who have never touched a gun.

That’s what stereotypes do. They lie. And nowhere is that lie more dangerously planted than in front of the eyes of young, still-developing minds.

The fact remains that America is a collective work of the imagination whose making never ends, and once that sense of collectivity and mutual respect is broken the possibilities of American-ness begin to unravel. […] Throughout the 80s, this happened with depressing regularity on both sides of American party politics. Instead of common ground, we got demagogues. […] Neo-conservatives who create an exaggerated bogey called multiculturalism – as though Western culture itself was ever anything but multi, living by its eclecticism, its power of successful imitation, its ability to absorb “foreign” forms and stimuli! – and pushers of political correctness who would like to see grievance elevated into automatic sanctity.” ― Robert Hughes, Culture of Complaint: The Fraying of America

Our country has grown and evolved on race issues since Dr. Seuss first started drawing and rhyming in 1937. We are now far more diverse leaving many communities with no ethnic majority and catapulting that diversity to the highest places in government, academia, and corporate life.

In addition, technology has leveled the national conversation allowing for millions to contribute to the discussion. A disproportionate number of newer voices are people who do not share our cultural ethos or experiences and therefore view the world through very different lenses.

These are our neighbors whose voices and cultural perspectives have been largely missing in the past and are desperately needed for our collective future. We dismiss their voices at our own peril.

These seismic shifts have hit us at accelerating speeds, leaving many with upset stomachs and spinning heads. The natural reaction is to fight for some nostalgic past that was easier to navigate than the cultural soup we seem to be swimming in today.

The Enduring Legacy of Dr. Seuss

You have brains in your head. You have feet in your shoes. You can steer yourself any direction you choose. You’re on your own. And you know what you know. And YOU are the one who’ll decide where to go…” ― Dr. Seuss, Oh, the Places You’ll Go!

It should be no surprise, then, that six out of Dr. Seuss’s sixty books have failed to “hold up” over the last eighty years. Frankly, with the democratization of publishing most books don’t hold up for more than eighty days.

Seuss’s record is nothing short of astounding.

If I live to be a hundred, “Green Eggs and Ham” will be on my top 50 list of best books ever. For that reason, we should applaud the publishing company that is charged with Seuss’s sizeable legacy and commend them for preserving the part of his legacy that will shine for generations to come.

I suspect it is the part of his legacy that Dr. Seuss himself would have wanted to keep.

I suspect it’s the place he would have wanted to go.