Our country is in crisis. Trust is at an all-time low. Violence is increasingly a normative form of expression. And the institutions and values that have traditionally held us together lie largely abandoned on the side of the American road. What can Jesus teach us about navigating a crisis? 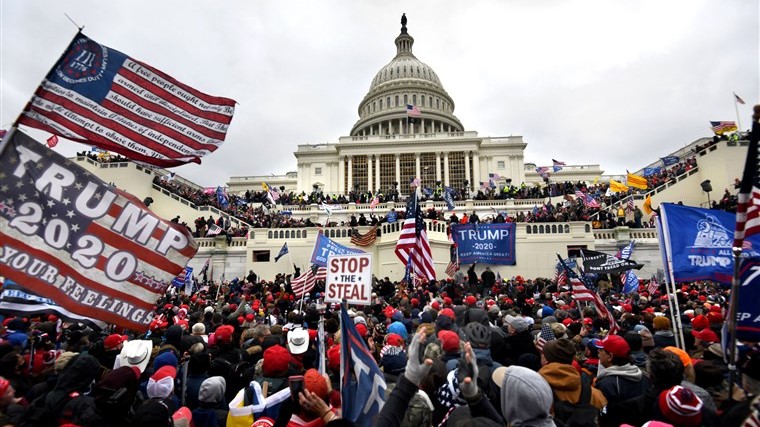 Strength in the Crisis

Jesus lived in a time when Israel was in a crisis. Thirty-five years after his death and resurrection, Israel would be in a bloody revolution that would end with Jerusalem in ashes. The seeds for that revolution had been simmering below the surface for more than a hundred years.

We can learn a few things from the way Jesus navigated the crisis; the way he dealt with his enemies and inspired his friends.

Jesus replied, “Let us go somewhere else—to the nearby villages—so I can preach there also. That is why I have come” (Mark 1:38).

Jesus knew exactly what God wanted him to accomplish and he didn’t let anything deter him from his mission  — not even the lure of fame or political power. His family, the crowds, even his own disciples were regularly tempting him in a different direction. Jesus stayed true to the voice of God, and he didn’t get caught up in debates over the insignificant.

Social media is in a battle for your attention. It’s winning. Too many are consumed with insignificant debates. The “Father of Lies” knows that if he can get you to obsess over the insignificant, he will render you ineffective.

Focus on the few things that are truly important, and let go of the rest.

As the time approached for him to be taken up to heaven, Jesus resolutely set out for Jerusalem” (Luke 9:51).

At a certain point, Jesus knew that it was time for him to die. He steeled himself for the torture that awaited and marched to his destiny. I like the way the King James Version translates it — “He steadfastly set his face to go to Jerusalem …”

Identify your core values, along with the one thing Jesus wants you to accomplish in this life. Those are the things worth fighting for and dying for. Everything else is a distraction.

Jesus embodied the essence of truth. He is the light that pierces the darkness. The light lives in truth, the darkness hides behind lies. Jesus is the author of truth. Satan is the father of lies. The truth brings freedom. Lies destroy lives.

The most effective lie is the one you want to believe with all your heart.

Lies, in general, are becoming increasingly difficult to unmask. However, the most dangerous lie is the one that resonates with the narrative playing in your brain. If a particular lie plays into your ideology, it will destroy you like a bomb disguised as candy.

I can always see through the lies of my enemies. It’s the lies of my allies that get me every time. For this reason, I fact-check everything before passing it on; and if it’s something that undergirds my own thinking and destroys the argument of my adversary … I double-fact-check it.

In the midst of a crisis, only the truth will set us free.

One day the disciples experienced a crisis on the Sea of Galilee. A storm overtook their little boat and they almost drowned. What saved them? Jesus was in the boat with them. Jesus calmed the storm and the disciples were spared certain death.

The moral of the story: Be sure Jesus is in your boat.

Stay connected to Jesus every day. In the midst of the storm, only Jesus can see you through.