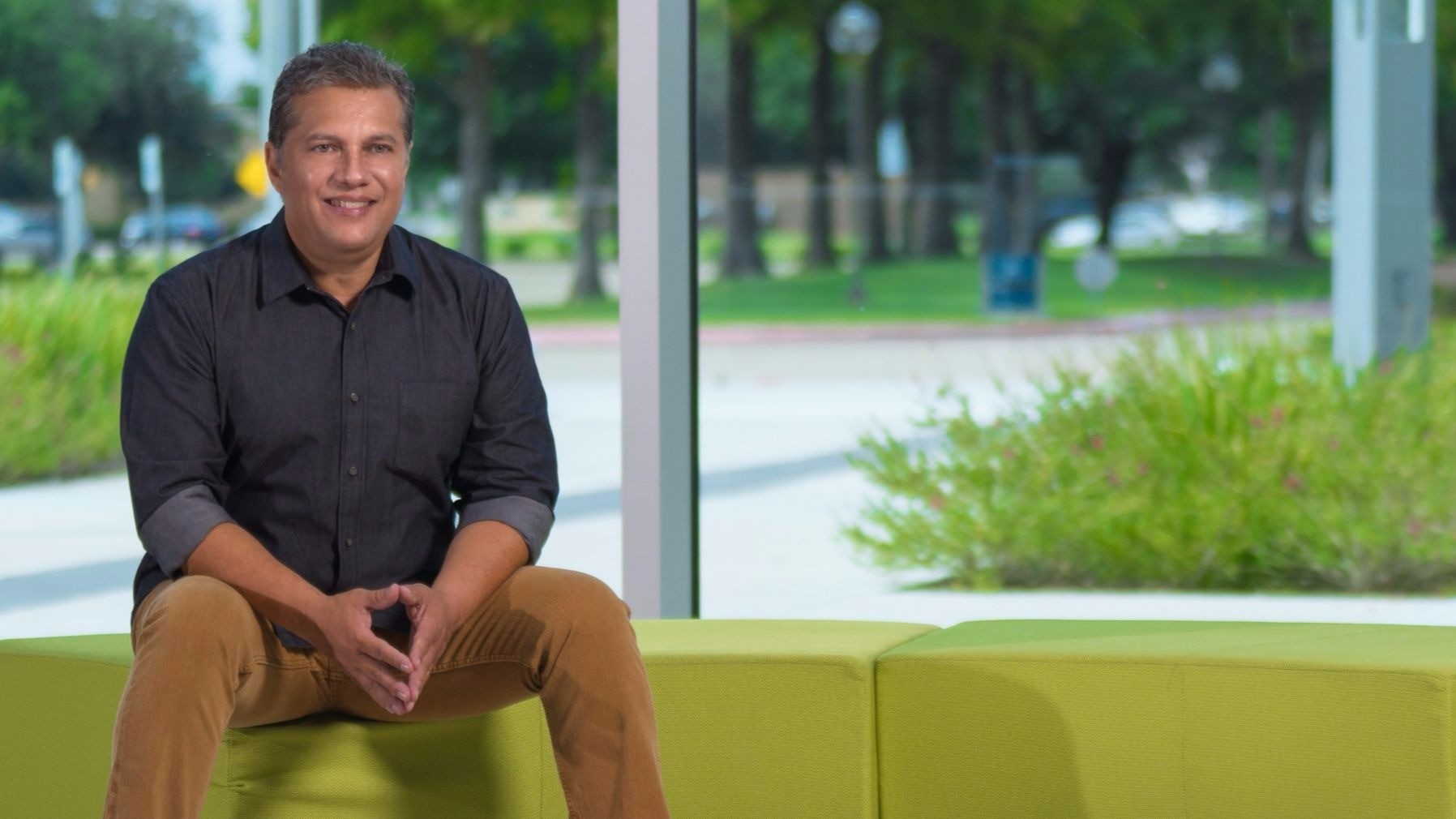 Ellis was raised in a Christian home. He attended Templo Bautista, South Houston from the time of his birth. Templo Bautista was then a Spanish language mission of First Baptist, South Houston. Ellis accepted the Lord and was baptized in July of 1976. He was active as a leader in Summer Youth Camp, Vacation Bible School, and served as President of his youth group, as well as the Houston Area-Wide Youth Association.

Ellis graduated from South Houston High School in 1980, where he lettered in Football, Track, and sang in the “A-Capella” Choir. He studied for two years at San Jacinto Junior College where he was active in the Baptist Student Union, served as an officer in the National Honor Society, and made the 1982 Who’s Who Among American Junior Colleges list. In 1982 he transferred to Texas A&M University in College Station, Texas where he finished his undergraduate studies receiving a Bachelor of Science degree in Mechanical Engineering in 1986.

Upon graduation Ellis returned to the Houston area to work at the Pakhoed Corporation in Deer Park, Texas. During that time he also served as a volunteer Youth Director at Templo Bautista in South Houston. Over a two-year period, from 1986 to 1988, while serving as part-time Youth Director, Ellis began to feel the call to ministry. In February 1988 God spoke to Ellis in a powerful way and crystallized that call to ministry.

During his time in Fort Worth Ellis met and married Priscilla Ruth Castro. Ellis and Priscilla met at the church where Ellis was serving and where Priscilla’s grandfather had been a deacon for fifty years, Primera Iglesia Bautista, Fort Worth. Their first date was at a church Valentine’s Banquet. The two married on August 3, 1991. Priscilla is a graduate of Baylor University with a Bachelor of Science degree in Education. She has worked as a third and fourth-grade teacher in the public school system, as well as a social worker. Priscilla was also raised in a Christian home and accepted the Lord as Savior at the age of seven. Her mother was in education and her father is in the ministry. Priscilla’s mother died of Leukemia in 1980. Her father has served as a pastor, church-starter, missionary, denominational worker, and chaplain (Baylor Hospital, Dallas).

Upon graduation from Seminary Ellis accepted a call to pastor Iglesia Bautista Gollihar in Corpus Christi, Texas. He served there from January 1993 to December 1999. In that time the bi-lingual congregation grew from 90 to 250 in attendance. The annual budget more than tripled, and the staff grew from a single staff to include a full-time minister of youth and worship, full-time secretary, full-time janitor, and full-time minister of weekday ministries.

During Ellis’ pastorate, the church went through a relocation which included a $300,000 renovation and a name change to Corpus Christi Baptist Church. The church was also recognized by the BGCT as a pace-setter church baptizing more than 25% of its Sunday School attendance on a yearly basis.

In December 1999 Ellis was called to become the Senior Pastor of Calvary Baptist Church in McAllen, Texas. This historic church was founded in 1957 and has long been considered a “flagship” church in South Texas. In nine years the church grew from 600 to 1000 in attendance. As a direct result of the growth the church moved from two worship services and one Sunday School to four worship services, three in English and one in Spanish, and two Sunday Schools. The annual budget doubled and the church helped to start four new churches. The church staff grew from six to eight ministers.

In 2001 Ellis also began work on a post-graduate degree at Baylor University’s George W. Truett Theological Seminary. He completed his studies in May 2004, earning a Doctor of Ministry degree in Preaching and Biblical Exegesis.

In 2007 Calvary completed a 4 million dollar building project that included new parking, a central plaza, landscaping, a 30,000 square foot Children’s Education facility, and new Church kitchen and dining hall. Under Ellis’ leadership, the church also adopted a plan to reach its community. God has a heart for the nations and that feeling is alive and well at Calvary.

In 2009 Ellis was called to pastor the First Baptist Church of Richardson, Texas. Under his leadership, the church has increased its impact on the community through service programs and missions outreach. The church has reorganized its administration systems for increased effectiveness and efficiency. It has completed a 9.6 million dollar construction project which included a new spacious, state-of-the-art lobby, coffee shop, missions center, historical center, upgraded sound system, new worship center ceiling, and new stadium seating. These changes have positioned First Baptist Richardson for growth in the 21st Century.

“Ellis Orozco is one of the premier pastor preachers in Baptist life. He truly represents the future. I commend not only his extraordinary talents in the pulpit, but his pastor’s heart.”
— Ken Hall, President, Buckner International (retired), Dallas, Texas

“Ellis Orozco is not only one of the best preachers that can be found today, he is also one of the very best pastors alive today. His pastor’s heart is seen in his actions both in and away from the pulpit. He truly has that ‘pastor’s heart’ that is such a rare thing in this world. We could do well to pray that every church could have a pastor like Ellis Orozco.”
— Dr. Levi Price, Director of Pastoral Ministries (retired), Truett Seminary, Waco, Texas

“Ellis Orozco is one of the finest preacher-pastors I know today. He can preach with anybody anywhere. He is destined to be one our greatest Baptist leaders in Texas. He has my full and complete confidence.”
— Dr. Paul Powell, Special Assistant to the Dean (retired), Truett Seminary, Waco, Texas

“The word that sums up Ellis Orozco as a pastoral leader is consistency. To hear him preach, lead, and love the local church is to observe the kind of passion, vision, and mission that our communities need.”
— Dr. Albert Reyes, President, Buckner Children and Family Services, Dallas, Texas